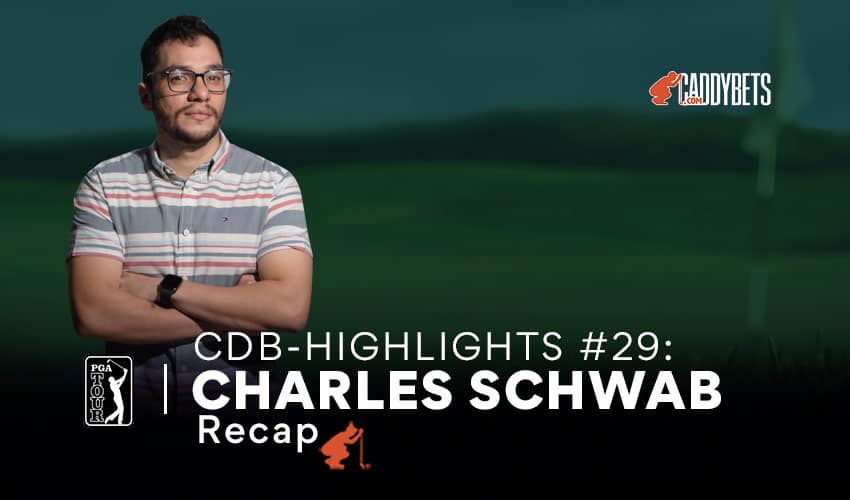 It was an exciting weekend in the golf events around the world. Let us dive into what happened in the Charles Schwab. Also, we are going to take a look at the schedule for the upcoming competition of the Memorial Tournament. Here are the 2022 Charles Schwab Highlights.

Sam Burns started the day seven shots behind world number one Scottie Scheffler but then shot five-under-par and hoped the weather conditions could help him.

And it happened! Two hours later, Scheffler got up and down from a bunker to finish 2 over par for the day and in a tie with Burns.  In the first playoff hole, Burn sank a 35-foot putt to take his third title of the season and his 4th career win.  Burns moved to 9th in the world rankings with the victory.

On the European Tour, Victor Perez of France birdied the fourth playoff hole to defeat Ryan Fox for his second career title.

The PGA Tour is heading to Ohio for the Memorial. Patrick Cantlay is the defending champion and also won in 2019. He will have to contend with a strong field, which includes 2020 winner Jon Rahm.

Our pick this week is Collin Morikawa at 22 to1 and finished 2nd last year in this event and is number three in the world rankings.

The LPGA tour will head to Southern Pines, North Carolina for the ten million dollars Women’s US Open.

Where Japan’s Yuka Saso is the defending champion. Nelly Korda is looking to make her return to competitive golf after being sidelined by a blood clot in her arm. Jin Young Ko is the favorite at 15 to 2 with Lydia and Minjee Lee at +1000.