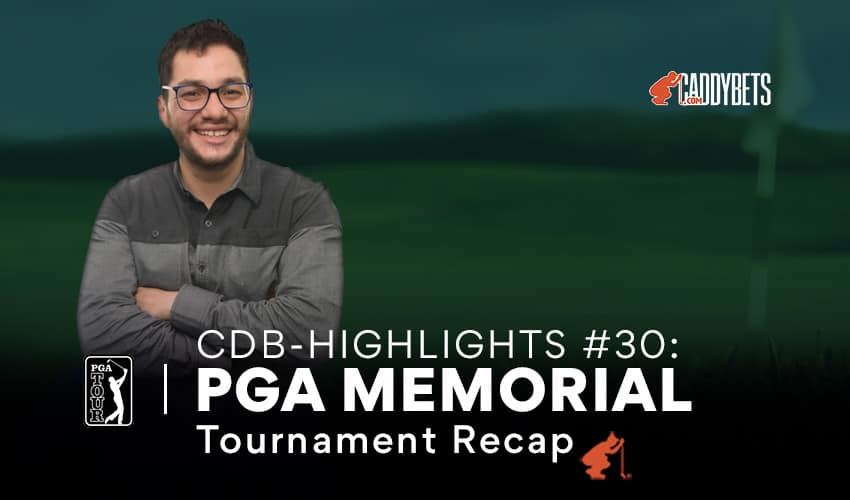 It was an exciting weekend in the golf events around the world. Let us dive into what happened in the Memorial Championship and the European Tour. Also, we will take a look at the schedule for the upcoming competition. Here is our 2022 Memorial Tournament Recap.

Billy Horschel started Sunday five in front but saw his lead slip to only two before making Eagle on the 15th to seal the victory with a 13 under par score to earn the two million dollar purse. The victory was the 7th career victory and his third in the past 15 months. Horschel moves to 11th in the World rankings.

Aaron Wise finished second four shots behind Horschel. The result moved Wise to fifty-ninth in the rankings and earned a spot in the US Open Championship.

Luke List finished tied for a twenty-sixth place, but it was enough to move him into the top sixty, and he also captured a place in the US Open field.

The US Women’s Open was won by Australia’s MinJee Lee with US golfer Mina Haragay’s 4 shots back in 2nd.

The victory was Lee’s eighth in her career and the second major to go with the 2021 Evian Championship. She moved to number 3 in the world.

What’s next on the PGA & LPGA Tour?

The PGA Tour heads to Toronto, Ontario for the Canadian Open which is the third oldest tournament on the PGA calendar. Rory McIlroy will be looking to become the 7th player to successfully defend his championship and sits at 10/1 against a loaded field that includes Scottie Scheffler and Justin Thomas both at 9/1. Sam Burns sits at 14/1 along with Cameron Smith. Our pick this week is Shane Lowry at 20/1. Lowry has been near the top of the leaderboard frequently and finished second in this event last year.

And finally on the LPGA tour is the three-day LPGA Classic where the defending champion is Celine Bouttier who sits at 18/1. World number one Jin Young Ko is the 9/2 favorite

A new tour making its debut is the Saudi Arabian backed LIV Invitational taking place in London and Dustin Johnson is a prohibitive 4/1 favorite in a field that is made up of older players who struggle on the PGA tour, Europeans looking for big payouts, and one fifty one-year-old Californian named Phil Mickelson. The players are facing a ban by both the Euro and PGA tours but will be rewarded with a generous guaranteed payout and upfront cash.

On the European tour, we have the Volvo Scandanavian Mixed where men and women compete together and Alex Noren is the favorite at 9/1.