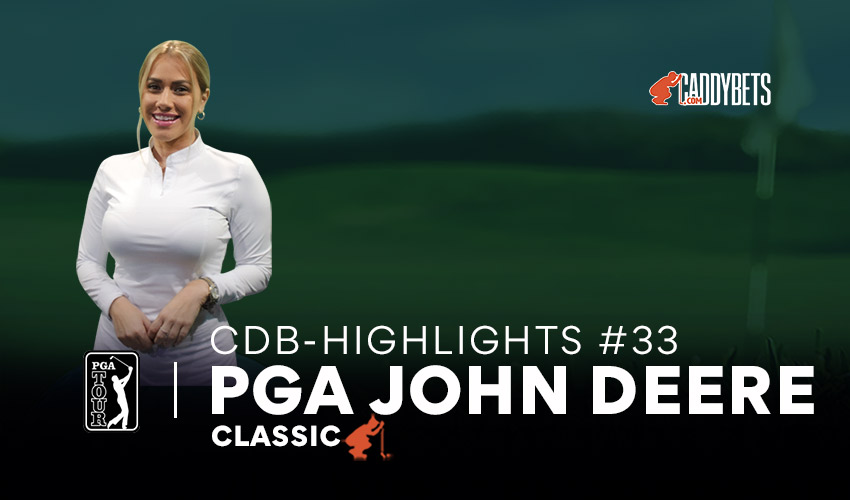 J.T. Poston went wire to wire to take the 2022 PGA John Deere Classic for his second PGA title and earned a spot in the British Open.

Also qualifying for The Open were co-second place finishers Christian Bez-oud-n-out and Emiliano Grillo who finished three shots back of the winner.

The win moved Poston to 58th in the world rankings.

The LIV tour stopped in Portland and golfs version of an ATM distributed 4 million dollars to Branden Grace who finished two shots ahead of 3rd round leader Carlos Ortiz.

Grace becomes the second consecutive player outside the world’s top 100 to take home a massive paycheck courtesy of Saudi Arabia.

In the team event, The Four Aces were victorious and split 3 million for the team to win.  In other news, Paul Casey announced he will join the LIV tour.

The PGA Tour heads to Kentucky for the Barbisol Championship. This event will feature more than 50 players from Europe.

The winner will collect a check for $600.000  and a spot in the British Open. The defending champion is Séamus Power who won a six-hole playoff against J.T. Poston.

Neither are in the field this week and the favorite is Christopher Gotterup who finished 4th at the John Deere at 18/1 along with Kevin Streelman also at 18/1.

Our golf betting pick this week is the German Matti Schmid at 75/1.  Schmid played his college golf down the road at the University of Louisville and was the rookie of the Year on the DP World Tour.

Over in Europe will be the Scottish Open where 14 of the world’s top 15 will tee it up at The Renaissance Club.

Jon Rahm and Scottie Scheffler are co-favorites at 10/1. Justin Thomas is next at 14/1 while Travelers winner Xander Schauffele is 20/1. Patrick Cantlay, Sam Burns, Collin Morikawa, and Will Zalatoris all sit at 28/1.

Our golf betting pick is Mathew Fitzpatrick who won the US Open and finished 2nd in this event last year.