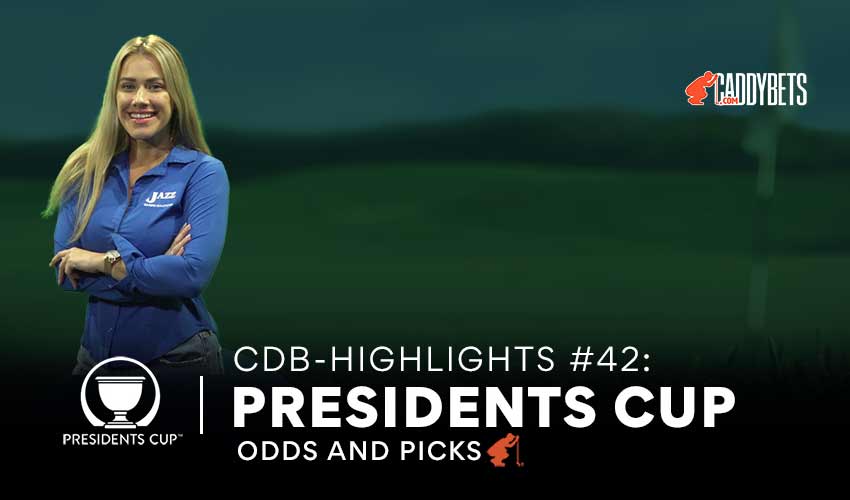 It was an exciting weekend in the golf events around the world. Let us dive into what happened in the PGA Fortinet Championship in California. Also, we are going to take a look at the schedule for the upcoming competition. Here is our CDB Summary with 2022 Presidents Cup Odds and Picks.

The PGA tour started the 2022-2023 season with an exciting finish in the rain at Silverado Country club in Napa, California.

Max Homa made a chip shot from 30 yards while Danny Willett three-putted from 3 and a half feet and Homa went back to back in the Fortinet Championship.

For Homa, it was his fifth career victory and his third in the past year. Homa is now ranked 16th in the World rankings and will be part of the US Presidents cup team this week.

The DP world tour stopped in Italy and for most of the tournament it looked like a match-play event between Matthew Fitzpatrick and Rory McIlroy but then Robert MacIntyre posted a 7 under the final round and forced a playoff with Fitzpatrick.

On the LIV tour, the 2022 British open champion outdueled Dustin Johnson to win the Chicago event.  The number three player in the world beat a mediocre field to win a 4 million dollar prize which will go against the 100 million he received for joining the Saudi-backed tour.

The Presidents Cup will take place in Charlotte, North Carolina with the US team captained by Davis Love the third will take on an International team managed by Trevor Immelman

Follow us on Social Media for more 2022 Presidents Cup Odds, and updates & check the Official World Golf Ranking, and more!