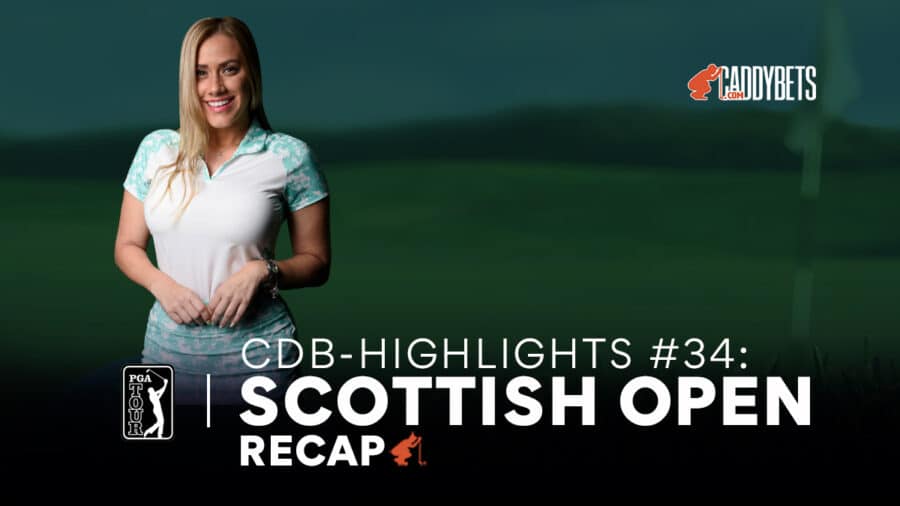 Xander Schauffele defeated a Scottish Open field that included 14 of the top 15 players in the world to take his third tournament win of the season.  Here is our 2022 Scottish Open Recap.

The 28 years old American started the final round two shots in front but at one point fell a shot behind Kurt Kitayama who finished second.

The win was the 7th of Schauffele’s career and moved him to fifth in the world rankings.  Xander also won the unofficial JP McManus Pro-AM in Ireland on Tuesday.

In the Barbasol Championship taking place in Kentucky, Trey Mullinax holed a 15-foot putt on the 18th hole to beat Kevin Streelman and take his first PGA Tour.

The victory moved Mullinax to Seventy-first in the world and also granted him a spot in the British Open.  Mark Hubbard finished third after a fourth-round 65.

The PGA Tour heads to the Sierra Nevadas for the Barracuda Championship at Tahoe Mountain Club.

Maverick McNealy is the favorite to win the event at 11/1 in the event co-sanctioned by both the Euro Tour and the PGA.

The final major of the year will be the 150th Open Championship taking place at Saint Andrews in Scotland.

The three-time Open champion Tiger Woods is in the tournament at 50/1.

Xander Schauffele, winner of his last two starts is at 15/1.

World Number one Scottie Scheffler is also 15/1 along with Jon Rahm.

Rory McIlroy is the favorite at 10/1 and has 7 consecutive top 20 finishes.

Join Us to receive your daily 2022 Scottish Open Recap! Make sure to stay tuned for the latest PGA Golf Odds,