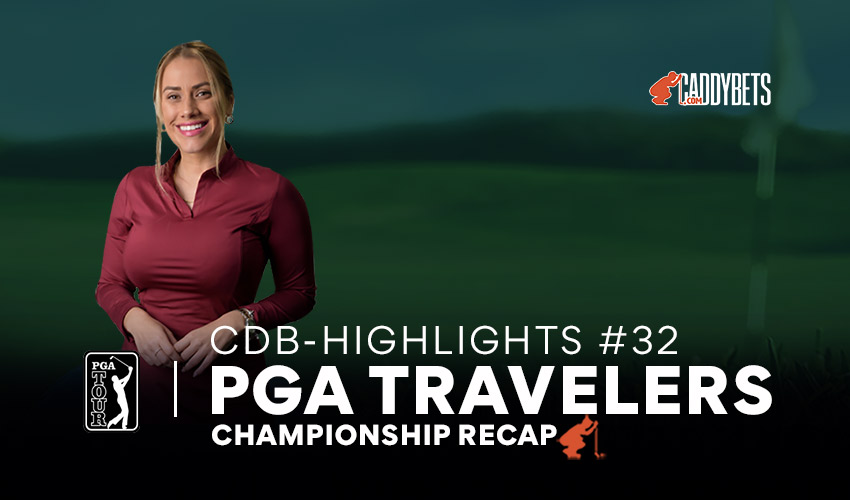 Xander Schauffele led going into the final round of the Travelers Championship, looking for his first PGA TOUR victory since 2019.

The reigning Olympic gold medalist led by three strokes early on the back nine but was caught and surpassed into the 72nd hole by Tour rookie Sahith Theegala, seeking his first TOUR title.

Schauffele birdied 18 while Theegala boogied and Schauffele won his 6th PGA title. With the win, Xander moved to 15th in the world rankings.

Meanwhile, at the Women’s PGA Championship, Lexi Thompson had a two-shot lead with three to go but struggled down the stretch and ended up finishing second behind In Gee Chun.  Minjee Lee finished in a tie with Thompson for the second place.

For Chun, it was her fourth LPGA victory and her third major. The victory moved the South Korean Chun to number 12 in the Rolex world rankings.

The PGA Tour heads to Illinois for the John Deere Classic.  This is the final chance for players to qualify for the British Open and Lucas Glover is the defending champion and sits at 33/1.  Taking a look at the odds provided by our friends at JazzSports, Webb Simpson is a 10/1 favorite with Adam Hadwin next at 14/1. Last week’s runner-up  Sahith Theegala is 16/1 while Jason Day rounds out the top 5 at 20/1.

While the LPGA tour takes the week off we get the second event of the LIV Tour from Pumpkin Ridge in Oregon. Dustin Johnson will once again be the prohibitive favorite at 13/2 with Sam Horsfield next at 10/1 and Mexico’s Abraham Ancer at 11/1. Brooks Koepka who left the PGA tour this week is 12/1 along with Brysen DeChambeau.