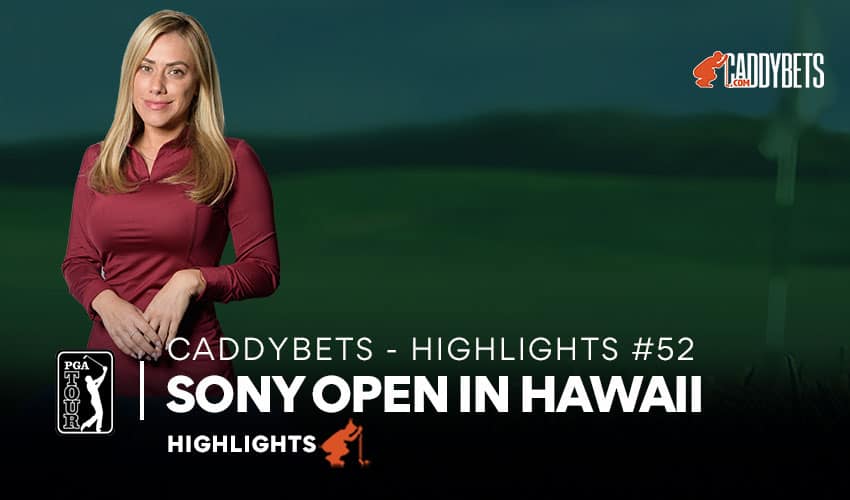 It was an exciting weekend of golf events around the world. Let us dive into what happened in Sony Open. Also, we preview the American Express and the first DP World Tour of the year. Here are the 2023 Sony Open Highlights & The American Express Picks.

As the PGA tour says aloha to the Hawaiian islands and Si Woo Kim will depart with a Sony Open Championship. The talent level has never been in doubt and this is the 4th career victory for the 27-year-old South Korean.

He began the 4th round three shots behind leader Hayden Buckley and shot his second consecutive 64 to win by a stroke over Buckley.  Chris Kirk finished third three back.  With the victory, Kim moves into the  28th position on the world rankings.

Coming up this week is the American Express Open

The tour will move from Hawaii and head to Palm Springs for the American Express.  A strong field that will include 10 of the world’s top 20 and play over three courses before finishing on the PGA West stadium course.

Jon Rahm is the 13/2 favorite in the latest odds followed by Scottie Scheffler at 9/1 and Patrick Cantlay at 11/1.

Among other contenders are Tony Finau at 14/1 and Xander Schauffele at 18/1. Last week’s champion Si Kim Woo is 30/1 and defending champion Hudson Swafford is at  9/2.  Our pick this week is Will Zalatoris at 15/1 who finished 11th at Kapalua and was tied for 6th a year ago at this event.

The DP World Tour returns with the Abu Dhabi Championship

The DP World Tour will play its first stroke event in a month when they head to the U.A.E for the Abu Dhabi Championship. Defending Champion Thomas Pieters sits at 18/1 and Tommy Fleetwood and Tyrrell Hatton are co-favorites at 10/1.  Shane Lowry is on 11/1 followed by Alex Noren at 15/1.