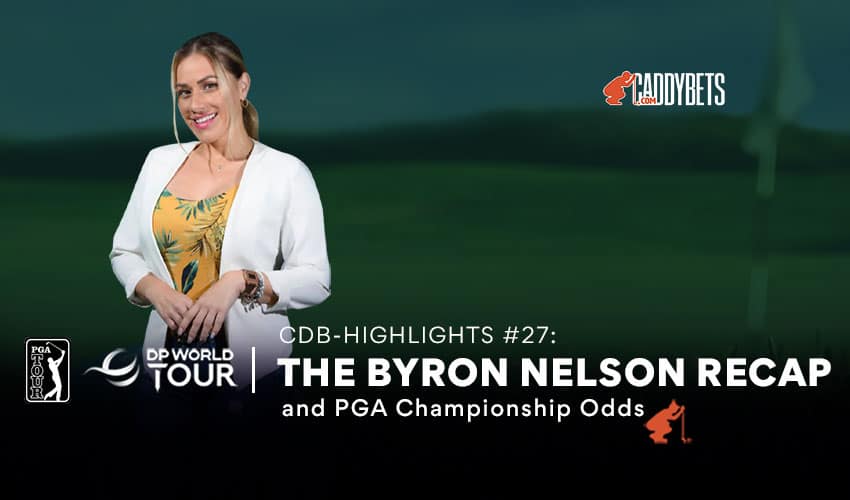 It was an exciting weekend in the golf events around the world. Let us dive into what happened in the Byron Nelson Championship and the European Tour. Also, we are going to take a look at the schedule for the upcoming competition. Here are the Byron Nelson Highlights & PGA Championship Odds.

K.H. Lee defended his record-setting 25-under par performance from 2021, with a course record 26-under for the victory at the 2022 AT&T Bryon Nelson. This is not an easy feat as only three golfers had ever done it prior to this year, and you may have heard of them, Jack Nicklaus, Tom Watson, and the late Sam Snead.

Lee was sensational as he fired a 9-under 63 on the day and held off Jordan Spieth by one stroke for the victory. Heading into Sunday, Lee was hardly in the conversation about who would win.

In Belgium at the Soudel Open, England’s Sam Horsefield wins his third European tour event by two shots over Yannick Paul and Ryan Fox.  The victory moved Horse-field to sixty-fourth in the world rankings.

On the LPGA tour in New Jersey, Australian Min-G Lee wins the 7th LPGA event of her career by taking the Founders Cup by two shots over US player Lexi Thompson.

This week the PGA Tour heads to Southern Hills Country Club in Tulsa, Oklahoma for the one hundred and fourth PGA Championship.

The tournament has plenty of intrigue with defending champion Phil Mickelson skipping the event in the midst of his involvement with the Saudi-backed LIV golf tour.