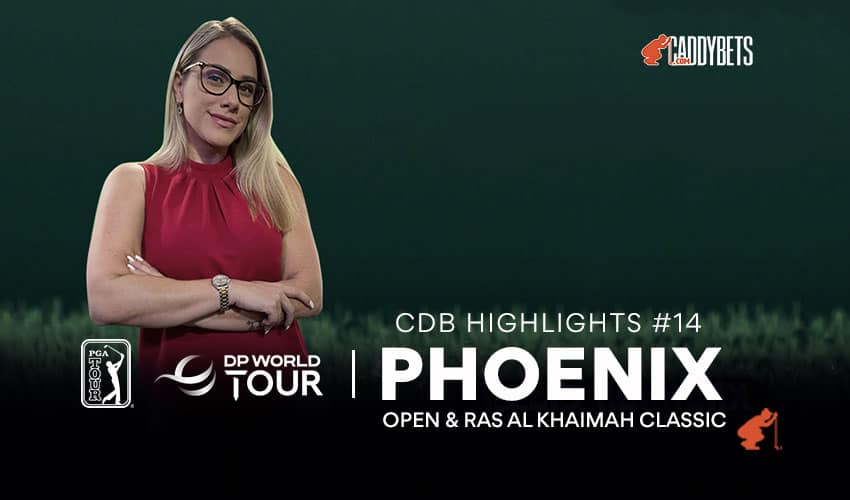 It was an exciting weekend in the golf events around the world. Let us dive into what happened in the WM Phoenix Open and Ras Al Khaimah Classic. Also, we are going to take a look at the schedule for the upcoming competition. Here is our CDB Highlights #14.

Scottie Scheffler has won the Phoenix Open after beating Patrick Cantlay. Scottie did it with a birdie on the third playoff hole that the two Americans reached after delivering 67-stroke cards in the final round.

It was a thrilling Sunday for a great number of golf fans who assisted in this tournament. Sahith Theegala led after rounds two and three but finished a stroke shy of Scheffler and Cantlay, who tied at a 16-under 268.

What’s coming up next in the PGA Tour?

The PGA Tour is returning to California for the final stop in that state. Collin Morikawa and Rory McIlroy come back on the tour to join Rahm. On the other hand. Cantlay, and many of the other top stars for the Genesis Invitational at Riviera in Southern California.

We move the DP world Tour, where Ryan Fox claimed his second victory on the DP World Tour by winning the 2022 Ras Al Khaimah Classic by five shots.

The New Zealander Ryan Fox had converted a two-shot lead in the first round into a three-shot halfway through and doubled it heading into matchday four at Al Hamra Golf Club.

What’s coming up next in the DP World Tour?

The DP World Tour’s “Desert Swing” is complete, and now, tour pros will enjoy two weeks off before resuming play March 3 for the Magical Kenya Open—the first of three events to take place in Africa; as two in South Africa follow.

Join us to receive our daily Golf content and make sure to stay tuned for CDB Highlights updates, golf news, and PGA Tour schedule.