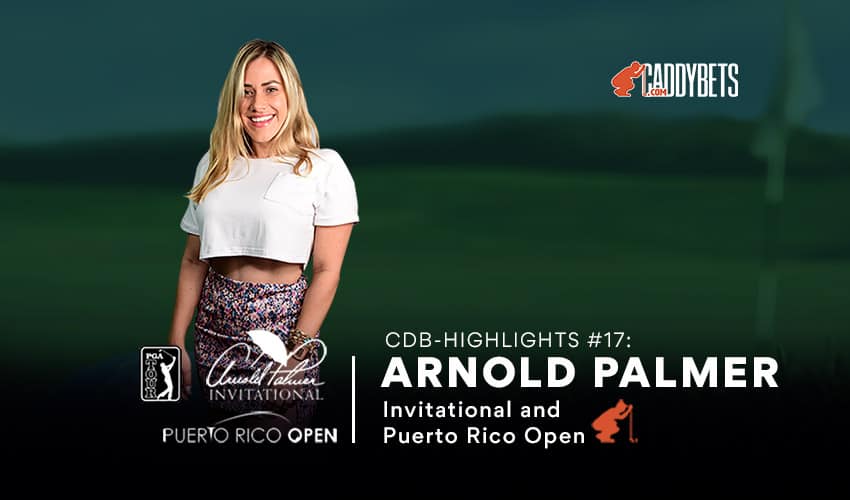 It was an exciting weekend in the golf events around the world. Let us dive into what happened in the Arnold Palmer Invitational and the Puerto Rico Open. Also, we are going to take a look at the schedule for the upcoming competition. Here is our CDB Highlights #17.

The Arnold Palmer Invitational had a stacked field and brutal weather conditions, but Scottie Scheffler prevailed for his second win in his past three starts.

Scheffler shot an even-par 72 on Sunday to win at a 5-under 283, one of just 10 players to finish the tournament under par.

Viktor Hovland led heading into the final round but shot a 2-over 74 on Sunday to finish one stroke behind Scheffler.

Ryan Brehm conquered the Puerto Rico Open. The 35 years old golfer, who played with his wife Chelsey as a caddy, closed his participation in the official PGA Tour event with 67 strokes, five under par.

The PGA Tour heads to TPC Sawgrass for the Players Championship which is considered one of the toughest fields of the season.

World Number one Jon Rahm is the favorite at 10/1 with defending Champion Justin Thomas at 14/1.

Finally, The European tour will remain in Africa for the MyGolfLife event in South Africa while the LPGA will stop in Thailand for the Honda.

Join us to receive our daily Golf content and make sure to stay tuned for CDB Highlights #17 updates, golf news, and PGA Tour schedule.