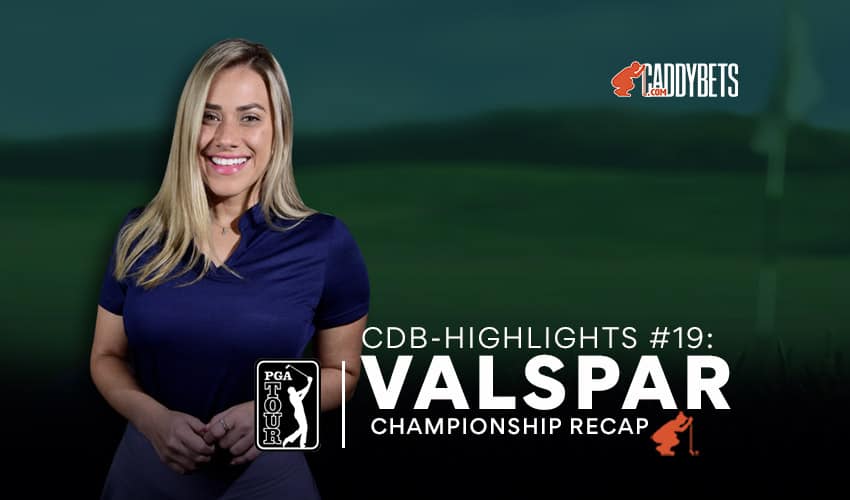 It was an exciting weekend in the golf events around the world. Let us dive into what happened in The Valspar Championship. Also, we are going to take a look at the schedule for the upcoming competition. Here is our CDB Highlights #19.

The PGA Tour stopped in Palm Harbor for the Valspar Championship. Sam Burns defended his title by sinking a thirty-foot putt on the second playoff hole to take the tournament.

Davis Riley, a rookie, was going for his first title and led going into the final day of the 2022 Valspar Championship, and he found himself in a playoff with none other than Burns.

But it was last year’s champ who sunk a 30-foot putt for birdie on the 16th hole (the second hole of the playoff) to go back-to-back at Innisbrook,

Burns swings for his third career victory and second of the season. On the other hand, Dustin Johnson falls out of the top ten for the first time in seven years.

Now, the PGA Tour heads to Austin, Texas for the WGC Match Play which is also part of the European Tour.

This event is unique in that it is the only event on the tour that uses the match play format.

Join us to receive our daily Golf content and make sure to stay tuned for CDB Highlights #19 updates, golf news, and PGA Tour schedule.