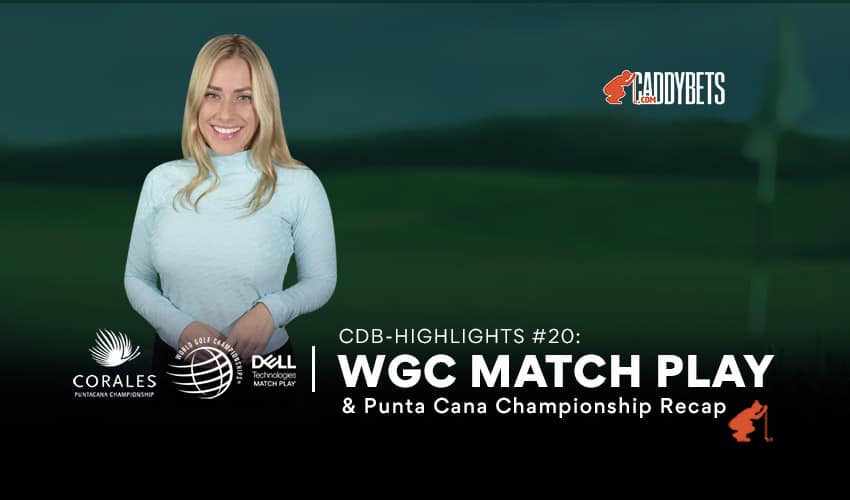 It was an exciting weekend in the golf events around the world. Let us dive into what happened in WGC Match Play and the Punta Cana Championship. Also, we are going to take a look at the schedule for the upcoming competition. Here is our CDB Highlights #20.

The PGA Tour stopped in Austin Texas, as Scottie Scheffler won the World Golf Championships-WGC-Dell Technologies Match Play in his home state on Sunday for his third win in his last five starts.

The victory propelled Scottie Scheffler into the No. 1 spot in the Official World Golf Rankings, ending Jon Rahm’s reign atop the list.

We move to the Dominican Republic, there,  The American Chad Ramey conquered his first title on the PGA Tour. Ramey won the Corales Punta Cana tournament, which ended last Sunday.

Ramey, number 203 in the world ranking, won with 271 total strokes (17 under par). He was one ahead of his compatriots Alex Smalley and Ben Martin and two ahead of Venezuelan Jhonattan Vegas and Australian Cameron Percy.

The PGA Tour remains in Texas for the Valero Texas Open at TPC San Antonio. Jordan Spieth is the defending champion, and Rory McIlroy and Bryson DeChambeau are among the big names playing in this event.

Also, the  LPGA tour is in Rancho Mirage, California for their first major of the year when the players tee off in the Chevron Championship.

Join Us to receive your daily golf content! Make sure to stay tuned for the latest Golf Vega Odds,