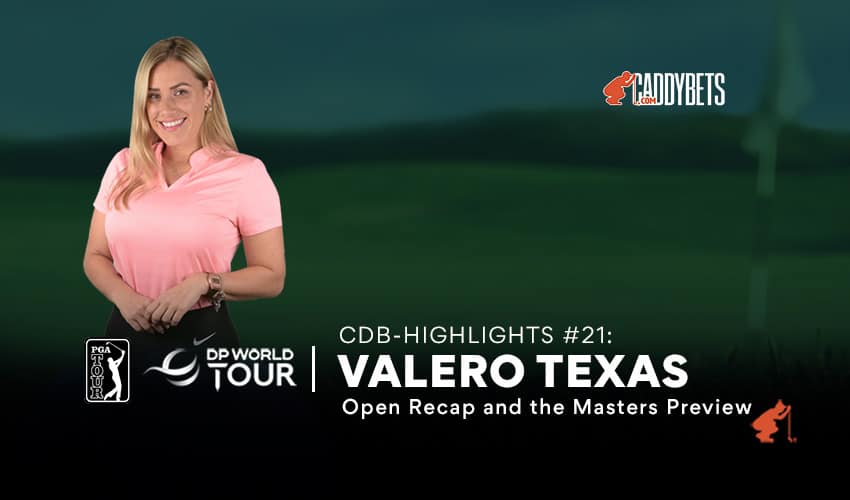 It was an exciting weekend in the golf events around the world. Let us dive into what happened in the Valero Texas Open and the Chevron Championship. Also, we are going to take a look at the schedule for the upcoming competition. Here is our CDB Highlights #21.

The PGA Tour stopped in Valero Texas, as J.J. Spaun won his first PGA event and a spot in the Masters by shooting a closing round 69 for a 13 under par score.

Matt Jones and Matt Ku-char finished two shots back.  Kuchar and Brandt Snedeker shared the lead early on Sunday but Spaun was able to regain the lead and finished with four straight pars.

The LPGA was in Rancho Mirage, California for the first major of the season and it was Jennifer Kupcho who won her first LPGA tournament three shots ahead of Jessica Korda.

Coming up this week will be The Masters Tournament and we may get to see Tiger Woods who has declared himself to be a game-time decision.

Woods has been away from competitive golf for 14 months after a car accident that almost cost him his leg.

Jon Rahm is co-favorite with Justin Thomas at 12/1. Cameron Smith and world number one Scottie Scheffler are at 15/1. Defending Champion Hideki Matsuyama is at 40/1 and Tiger is at 45/1. Check the Masters Tournament odds and picks here.

Finally, The LPGA and the European Tour will take the week off.