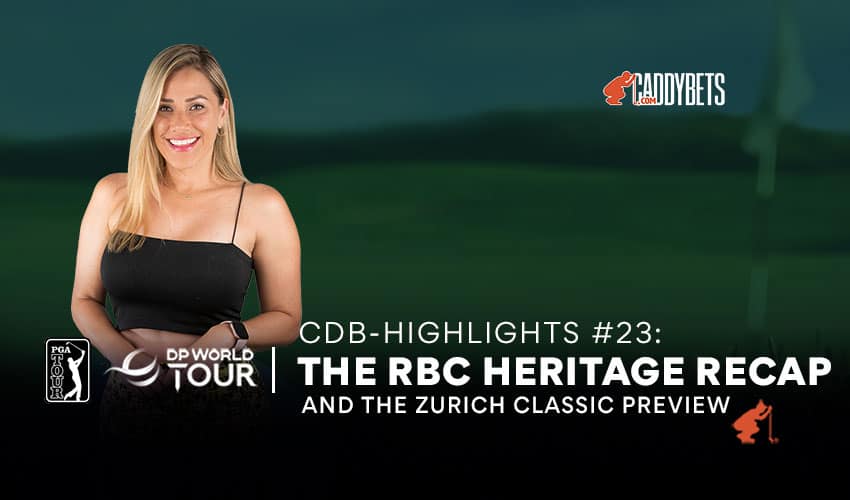 It was an exciting weekend in the golf events around the world. Let us dive into what happened in the RBC Heritage Open. Also, we are going to take a look at the schedule for the upcoming competition of the Zurich Classic. Here are our CDB HIGHLIGHTS #23.

Jordan Spieth prevailed in a playoff over Cantlay to win RBC Heritage. Spieth. merged from a crowded leaderboard to go into the clubhouse with a 5-under 66 on Sunday, and the only golfer who could match his -13 over 72 holes at the RBC Heritage at Harbour Town in Hilton Head, South Carolina was defending FedEx Cup champion Patrick Cantlay.

Spieth, who had a bit of a career resurgence last year, showed that he still had it in him to win, even if he thought it might not quite be enough this week“I honestly felt like this was that week [where you play well but aren’t good enough to win]” Spieth said. “I needed a lot of things to go right.”

The shot of the tournament belonged to South African Dylan Freetelli who hit a ball into the trees and it was stuck on a branch just above eye level.  Fratelli then used a putter to knock it into the fairway and then made the greatest par in his career.  However, he committed a penalty for his stance and was penalized for two shots.

Coming up this week will be the Zurich Classic from New Orleans which offers a unique team format. 80 two-man teams will tee off and the top thirty-three teams will play the weekend. The team of Viktor Hovland and Collin Morikawa are the favorites at 7/1 with defending champions Mark Leash-man and Cameron Smith next up at 8/1.