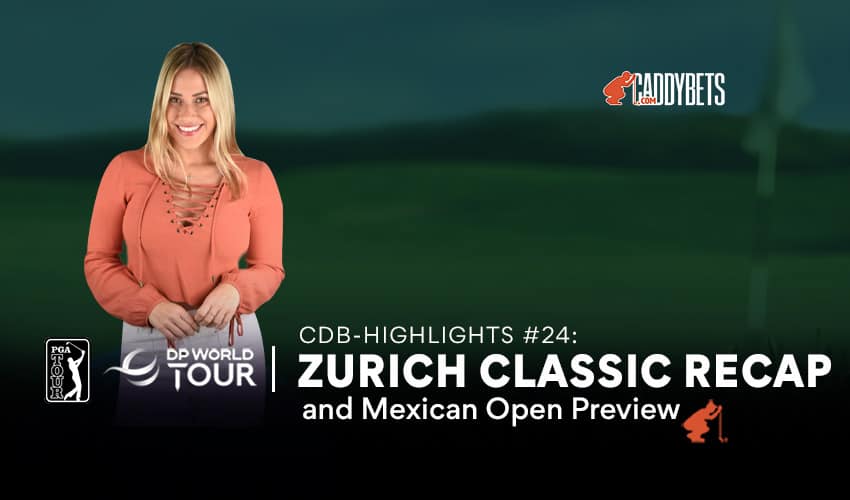 It was an exciting weekend in the golf events around the world. Let us dive into what happened in the Zurich Classic and the ISPS Handa Championship. Also, we are going to take a look at the schedule for the upcoming competition. Here are our CDB Highlights #24.

One of the most unique tournaments on the PGA Tour concluded this weekend at the TPC Louisiana. Patrick Cantlay and Xander Schauffele basically destroyed the field on their way to their first win of the 2021-2022 PGA Tour season at the 2022 Zurich Classic

The Ryder Cup teammates shot 59 on Thursday and were never challenged. The team of Sam Burns and Billy Horchel were second with Sam Ryder and Doc Redman farther back in third.

The favorites coming into the tournament, Viktor Hovland and Collin Morikawa, didn’t fare that well, as they finished in a T-28 at 16-under.

As one of the most high-powered pairings, as both are ranked in the top five in the Official World Golf Rankings, to finish outside of the top twenty has to be considered a disappointment.

The ISPS Handa Championship taking place in  Tarragona, Spain was won by Pablo Larrazabal at15 under par, one shot ahead of fellow Spaniard Adrian Otaegui.

Coming up this week will be the Mexican Open taking place in Puerta Vallarta.  The event has been taking place since 1944 but this is the first year it is an official PGA Tour event.

World number three Jon Rahm making his first start since the Masters is the 11/2 favorite. Rahm is the only golfer in the top 15 to make the trip to Mexico.

Daniel Berger is next on the board at 15/1 and Mexican Abraham Ancer is 20/1.