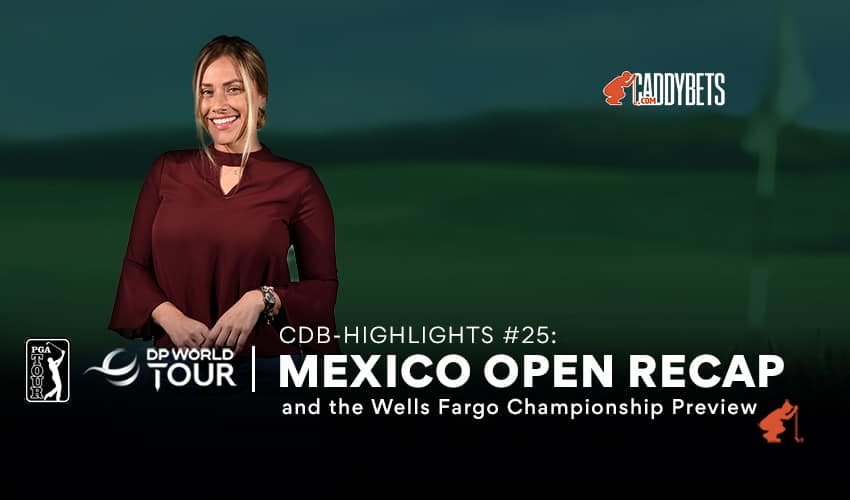 It was an exciting weekend in the golf events around the world. Let us dive into what happened in the Mexico Open and the European Tour. Also, we are going to take a look at the schedule for the upcoming competition. Here is our CDB HIGHLIGHTS #25.

Jon Rahm teed off as the heavy favorite to win the Mexican Open held in Puerto Vallarta and he did not disappoint though it was more stressful than the Spaniard may have liked.

Rahm held the lead for the first three days but on Sunday he needed a birdie on hole fourteen to pull him out of a four-way tie and he then held on to win by a single shot over Brandon Wu.

This was the 7th PGA victory for Rahm and he moves back to number two in the world rankings.

On the European tour, Adri Arnaus won a playoff against Oliver Bekker to take the Catalunya Championship. It was the second tournament played in Spain and a Spaniard took each event.

The LPGA tour was in California for the Inaugural Palos Verdes Championship and it was thirty one year old American Marina Alex taking the event by one shot over world number one Yin Young Ko.  This was Alex’s 2nd career victory on the LPGA tour.

The PGA Tour heads to Maryland for the Wells Fargo Championship. Rory McIlroy is the defending champion but the tournament this year will be played on a different course.

This year they will play at TPC Potomac while Quail Hollow prepares for the Presidents Cup.

The LPGA tour will take the week off.