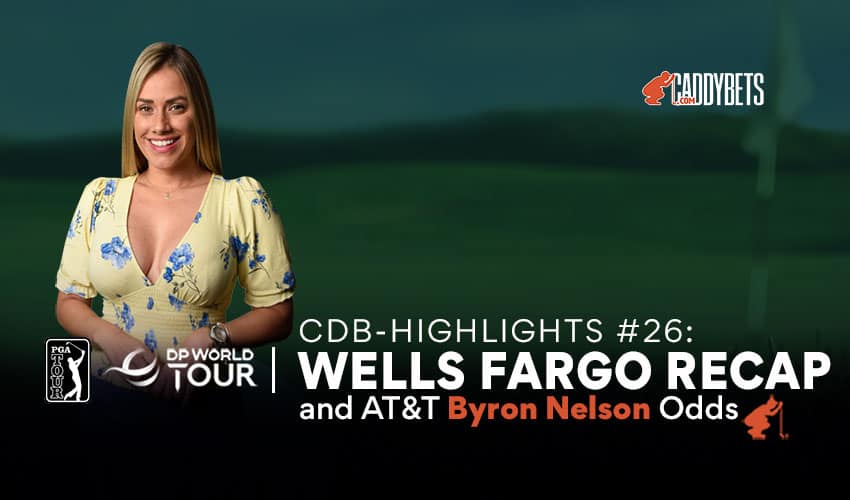 It was an exciting weekend in the golf events around the world. Let us dive into what happened in the Wells Fargo Championship and the European Tour. Also, we are going to take a look at the schedule for the upcoming competition. Here are our CDB HIGHLIGHTS #26.

The PGA Wells Fargo Championship was moved to Maryland this year and the conditions were cold and wet all week. Keegan Bradley went into Sunday two shots in front but lost the lead on the second hole and then battled Max Homa the rest of the round only to have Homa come out a two-shot victor.

Homa was steady all week and finished at eight-under par two shots ahead of Bradley, Cameron Young, and Matthew Fitzpatrick. The victory was Homa’s 4th on the PGA Tour and his second in this event. He is now 6th in the FedEx Standings.

Thorbjorn Oleson made a pair of 30-foot putts to go eagle-birdie on the last two holes to take the British Masters with a score of 10 under par. Sabastian Saw-der-berg finished one shot back for a second. For the thirty-two-year-old Dane, it was his sixth tour victory

This week the PGA Tour heads to Texas for the AT&T Byron Nelson where KH Lee is the defending champion.

The tournament will be held at the TPC Craig Ranch in McKinney, Texas. Let’s take a look at the odds courtesy of JazzSports. World number one Scottie Scheffler is the favorite at 10/1. Justin Thomas is next at 14/1 with Jordan Spiethc, Sam Burns, and Xander Schauffele all at 16/1.

The LPGA tour moves to New Jersey for the Founders Cup where the defending champion is world number one Gin Young Ko.