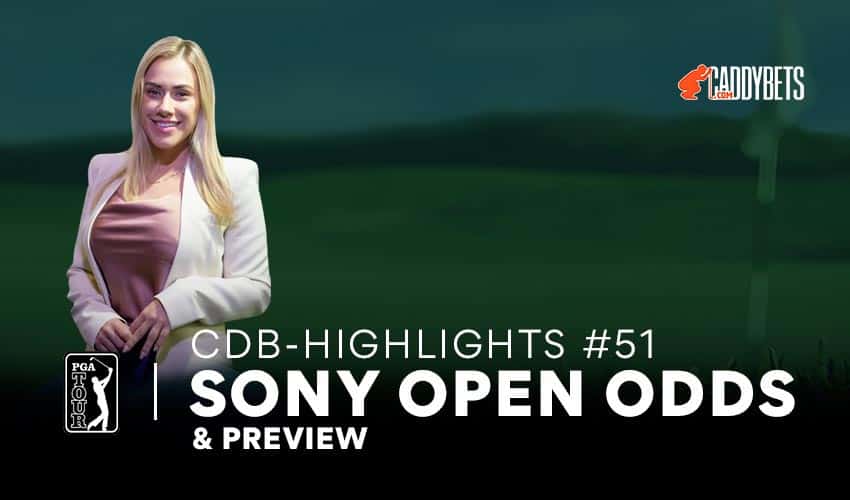 The first tournament of 2023 produced some smiles, a little heartache, and a big check.  The smiles were from Jon Rahm who was once 7 shots behind and rallied to take the Tournament of Champions at the Plantation course in Kapalua.

Rahm shot a 10 under par 63 in the final round to finish at 27 under par and two shots ahead of Collin Morikawa. The heartache belongs to Morikawa who started the day 6 shots ahead of the field but struggled down the stretch.  Lastly, that big check for 2.7 million that Rahm will take home because of the tournament’s elevated status.

Coming up this week is the Sony Open

The tour will move from Maui over to Honolulu on the island of Oahu for the Sony Open.  Hideki Matsuyama is the defending champion after winning last year’s event on the first playoff hole.  Matsuyama is the third choice to win the event at 15/1. The favorite is 20-year-old South Korean Tom Kim who has already won two PGA events and sits at 12/1.  Sungjae Im is next at 13/1.

Jordan Spieth at 15/1 and Corey Connors at 18/1 round out the top 5.  Our pick is JJ Spaun at 40/1 who played extremely well at Kapalua and should be able to carry that form here against a much weaker field.

Follow us on Social Media for more Sentry Tournament of Champions Highlights!