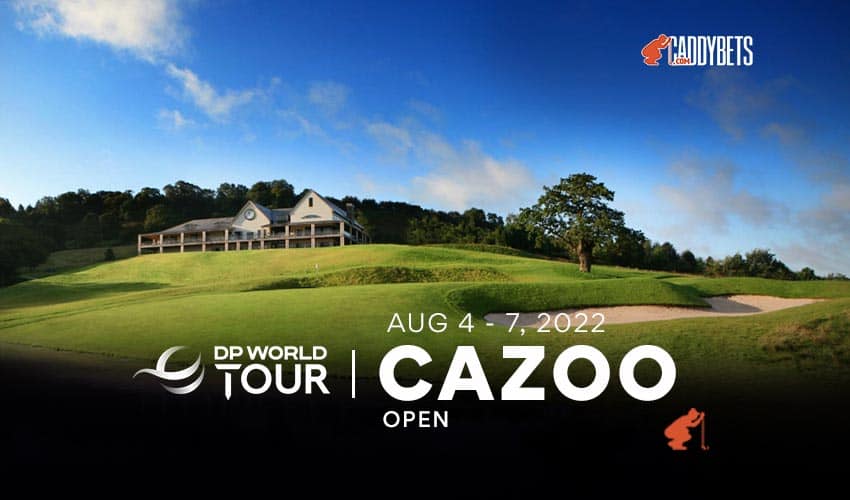 Here our 2022 Cazoo Open Preview: The event historically known as the Wales Open tees off Thursday morning at the Celtic Manor Resort, home of the 2010 Ryder Cup. The tournament is in the second year of a sponsorship with car retailer Cazoo along with a partnership with international football star Gareth Bale.

Nacho Elvira blew a lead in the final round last year but came back to win over Justin Harding in a playoff. Romain Langasque won in 2020, when the tournament returned to the schedule after a six-year hiatus.

Since the event began in 2000, it has always been held on courses of Celtic Manor Resort. The Twenty-Ten Course was used for the 2010 Ryder Cup and has been home to this event since 2008. It’s par 71 and measures 7,393 yards. It has features of several different courses in it, including links-style for the first third, plenty of water in the middle, and difficult shots required down the stretch.

Despite Jordan Smith not having great results as of late, he is favored here at +1400. He had two top-10s in June but has two 24ths and a 47th since. He also hasn’t finished higher than 22nd in three tries at Celtic Manor.

Is still in search of his first DP World Tour win, and there’s a chance it could come here. This course also held the Celtic Classic in 2020 as part of the European Tour’s modified COVID-19 schedule, and he finished runner-up in that event to Sam Horsfield. He’s made five-straight cuts with a top-10 and another top-15 finish to his credit.

Is in good form and has a nice history here. Last year at 80-1 odds, he finished in fourth here and was eighth and 11th in the two 2020 tournaments at Celtic Manor. He was also seventh last week in the Hero Open at Fairmont St. Andrews.

Is among several golfers at +2500. The American won the Hero Open last week and was 13th at the joint PGA Tour-DP World Tour Barracuda Championship a few weeks ago opposite the Open Championship.

Was 11th two weeks ago at the Cazoo Classic and eighth at the Irish Open in early July. He also won the British Masters in May, so he’s showing consistent results.

Was in third place here last year. He’s well-rested after last playing four weeks ago, where he finished 30th at the Genesis Scottish Open. Eddie Pepperell (+2500) was runner-up to Crocker last week, improving upon his 11th-place effort at the Cazoo Classic the week before.

Among the two favorites, we would back Detry over Smith. That means there will be a nice payout to peg the winner. We’re also backing Shinkwin, Olesen, Crocker, and Pepperell.

Follow us on Social Media for the 2022 Cazoo Open updates & Official World Golf Ranking, and more!