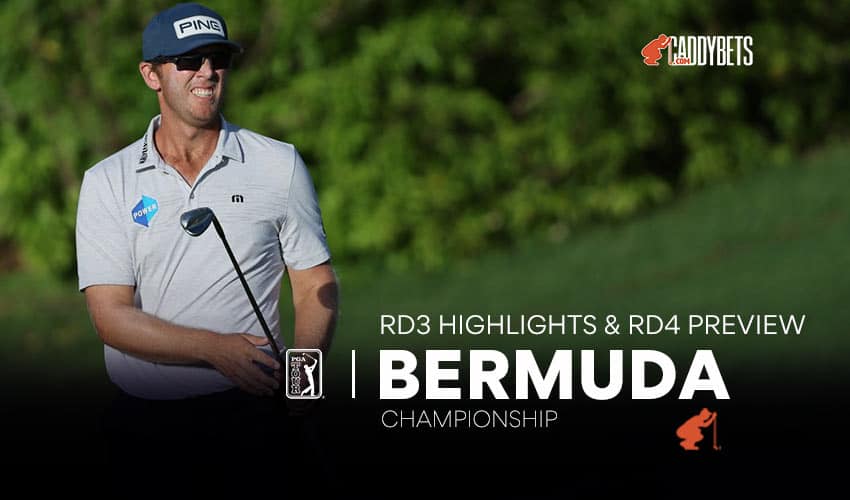 The day started with Ben Crane holding a slender one-stroke lead over a quintet of players but the leaderboard would soon change.

Struggling to match his performance from yesterday, Crane let the occasion get the better of him with four bogeys over his final six holes and now finds himself six shots off the lead.

Both Power and Griffin started the day two and one shot behind the leaders and played some of the best golf of the day to finish the day in the lead.

Power headed into the week as the tournament’s highest ranked player and he is certainly putting his experience to good use.

Showing terrific calmness, Power got his third round off to a blistering start with four birdies in his first five holes. Further birdies would follow on his ninth and eleventh holes before disaster struck with a double bogey on the par three thirteenths.

Showing real signs of confidence, Power didn’t let this slip-up effect his round and he clawed back both dropped shots on the 16th and 17th. A par on the last saw the Irishman post a brilliant round of 65 and makes him the man to beat today.

Benjamin Griffin is looking for the biggest title of his career and he has put himself in contention following an excellent third round of 66.

Similarly to Power, Griffin started his third round in a determined fashion with three birdies to start his round. Further birdies would follow on the seventh, twelfth, and eighteenth holes with his only dropped shot of the day coming on the thirteenth.

Despite both Power and Griffin starting the day with a two stroke lead there are plenty of players who will still believe they have a great chance of victory.

Aaron Baddeley and Kevin Yu will start the day in the penultimate group two behind, with Brian Gay, Thomas and Detry and Greyson Sigg starting four shots off the lead.

As the most established player in the field and due to the fact he is jointly in the lead, it isn’t a surprise to see that Seamus Power has been installed as the favorite for the tournament.

Power has made no secret of his desire to move up to the upper echelons of the game and make Europe’s Ryder Cup team next year. A win here would certainly help him on the way move to achieving both goals.

Second in the betting is Ben Griffin who will start today’s final round in unchartered waters. Griffin just a year ago was working as a mortgage broker but is now on the cusp of sealing his first-ever PGA victory. With conditions set to be blustery, it will be fascinating to see how he handles the occasion.

Kevin Yu had a great start to the tournament recording an eagle on just his second hole and held a share of the lead after round one. Since his first round Yu has played well to keep himself in contention and two closing birdies yesterday have ensured he will start the day just two behind. Like so many others, Yu will be looking for his first Tour win today.

Brian Gay now splits his time between the main tour and Champions Tour and the 50-year-old veteran will be hoping he will have a major say in proceedings today.

A five-time winner on Tour, Gay won this event back in 2020 and will know this course better than most. Gay has just recorded two bogeys across his first three rounds and if he can keep his card clean he can be the value play of the day.