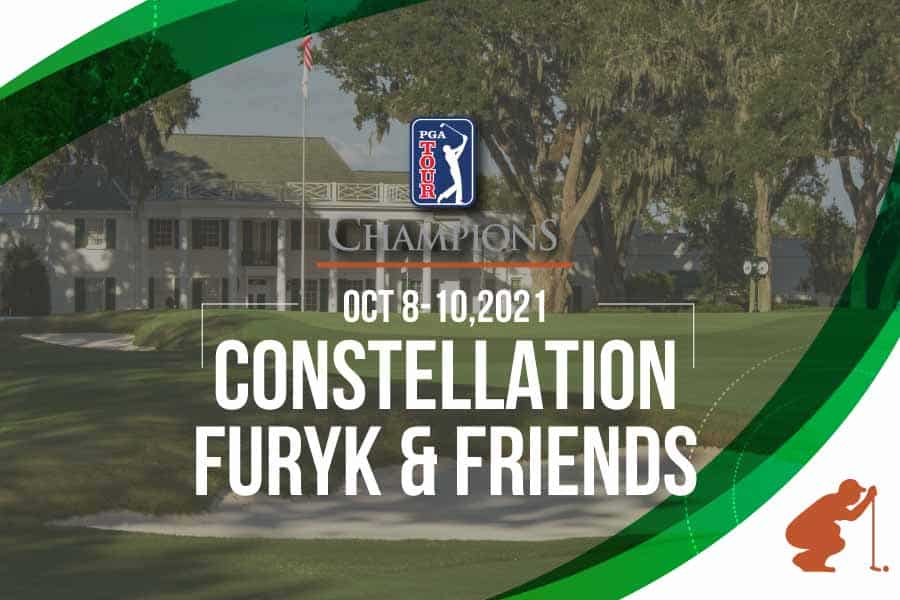 This is why golf is such a great sport and why we are such big fans. This week we welcome a new tournament to the PGA Tour Champions, the Constellation Furyk and Friends presented by Circle K, a tournament created by Jim & Tabitha Furyk. The charity event will take place at the Timuquana Country Club in Jacksonville, Florida, from Friday, October 8 to Sunday, October 10, with all proceeds benefiting North East Florida charities.

Although this is the first time as an event on the PGA TOUR Champions, the tournament Furyk and Friends has existed for over a decade. In past years the tournament was held as a one-day pro-am that was held ahead of the Players Championship, raising about $500,000 per year for charity. Still, when the Korn Ferry Finals moved from Atlantic Beacmbers of the World Golf Hall of Fame, Florida, to Indiana, Furyk recognized an opportunity to create a tournament that would highlight downtown Jacksonville and the St. Johns River.

After seeing success from friends like Davis Love III, and Steve Stricker hosting tournaments in their local community, Furyk believed he could make the same thing happen in Jacksonville. So after the PGA approved the tournament, all Furyk had to do was convince some of his friends to come and play, which he certainly has done. This week’s field includes such names as Phil Mickelson, Fred Couples, winning U.S. Ryder Cup captain Steve Stricker and losing European captain Padraig Harrington, who is making his senior tour debuts. If those were the only names, it would be quite an impressive field, but Furyk also convinced Ernie Els, Davis Love III, Bernhard Langer, Fred Couples, and Vijay Singh to play. The overall field includes nine members of the World Golf Hall of Fame and 21 total major champions.

Who is favored to win the tournament?

With all of that star power, Jazz Sports has released golf odds for the event and is favoring Phil Mickelson +350 to win the Constellation Furyk and Friends, and why not? This will be his fourth career PGA TOUR Champions event after seeing a lot of success in the previous three. Mickelson won both the Charles Schwab Series at Ozarks National and Dominion Energy Charity Classic in 2020, scoring 68 or better in each round, and let’s not forget Mickelson won the PGA Championship earlier this year at Kiawah Island, setting the all-time record for the oldest player to win one of golf’s four major championships which were his 45th PGA Tour title. Add in the fact that he loves the Donald Ross course, and his game plays well to its tree-lined fairways and tricky push-up greens. One thing to keep in mind is Mickelson’s recent play, which saw him tie for 36th three weeks ago at the Fortinet Championship, so the oddsmakers are betting that he bounces back in Jacksonville this weekend.

The U.S. Ryder Cup captain, Steve Stricker, is sitting right behind Mickelson, with +700 odds to win it all as projected by Jazz Sports. Stricker, the two-time PGA Tour Comeback Player of the Year, is usually one of the favorites to win any PGA TOUR Champions event that he competes in. So far, he has played in 12 tournaments for players 50 and above last season, placing Top 10 in all but two events and with half of those being Top-5 placements. Unfortunately, the 54-year-old Stricker didn’t hasn’t had the same success that Lefty has had; however, he did place T-4th at the Waste Management Phoenix Open back in February 2021. However, Stricker hasn’t played in a PGA TOUR event since July, so it’ll be interesting to see how he does against the elder statesmen again after placing 6th at the Sanford International a few weeks back.

Other players to keep an eye on

How about creating your own PGA Tour Champions event and not even being named the favorite? That’s precisely what happened to Jim Furyk this week. Furyk sits behind Mickelson and Stricker with the third-best odds to win the whole tournament at +900 as projected by Jazz Sports. That’s actually a solid and well-deserved number based on consistent play in the PGA TOUR Champions this year.

Furyk has placed Top 10 or better in 13 of the 21 events that he’s competed in, including three tournament wins, with the most recent being the U.S. Senior Open Championship in July. Since then, Furyk has placed T-16th or better in each of the five PGA TOUR Champions events, so it’ll be interesting to see if he can win his own tournament. I know guys like Mickelson and Stricker love him, but they are not about to just roll over and hand him the tournament. So, there should be a little extra motivation for Furyk to win his first-ever PGA sanctioned tournament.

One guy to keep an eye on this weekend is Padraig Harrington. Harrington is a three-time Major Champion and currently sits at +2500 odds to win it all, as projected by Jazz Sports. So, Harrington is our sneaky pick to be in contention on Sunday. Harrington makes his PGA TOUR Champions debut this weekend and is eager to join the list of players who have won their Champions Tour debuts, including the tournament favorite Phil Mickelson who did it last season.

Odds to win the Furyk and Friends

Follow us on Social Media for instant Furyk & Friends updates!