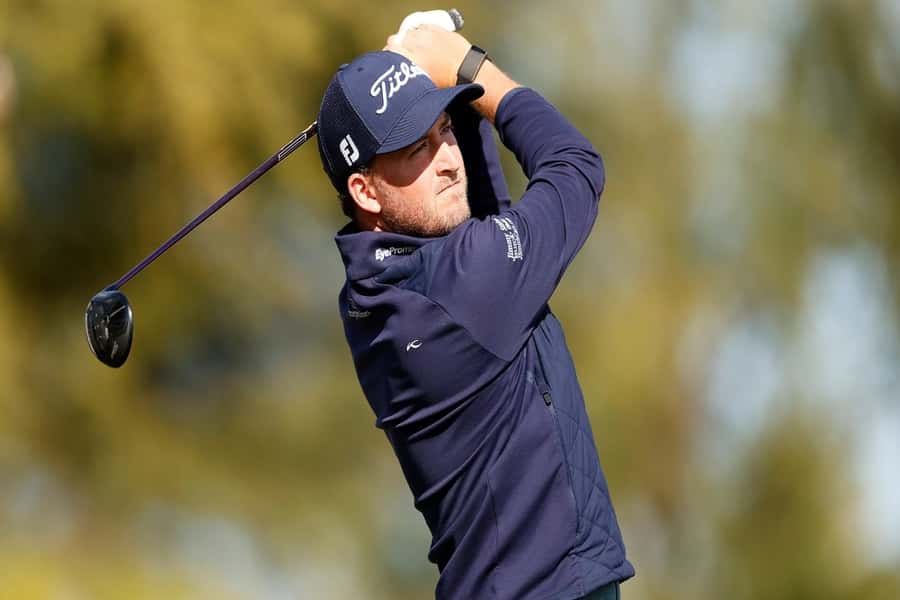 What a difference one round can make, as we saw after play on Saturday at the American Express at La Quinta Country Club. Heading into the American Express Round 3 on Saturday, Patrick Cantlay looked strong. Cantlay, a stroke ahead entering the day, had an even-par 72 on Stadium Course to drop four strokes back and to drop his odds to win the tournament to +1200, as projected by JazzSports.

The wind was a factor most of the day and certainly had an effect on some of the earlier golfers on Saturday; Lee Hodges and Paul Barjon took advantage of a late tee time Saturday to miss the worst of the wind and to end their round with a share of the lead in The American Express.

Hodges opened Thursday with a 62 at La Quinta Country Club for a share of the first-round lead with defending FedEx Cup champion Patrick Cantlay; he then proceeded to shoot a 72 on Friday on PGA West’s Jack Nicklaus Tournament Course to fall off the leader board. Finally, Hodges, a Tour rookie, and a 26-year-old former Alabama golfer shot an 8-under 64 to catapult himself into the lead and be inserted as the favorite with +350 odds, as projected by JazzSports.

Hodges and Barjon, both making their 14th PGA Tour start, were paired together in the final group off the 10th tee on PGA West’s Stadium Course. These PGA Tour rookies are actually close friends and matched each other on their last four holes, as each birdied the par-5 fifth, par-4 seventh, and par-5 eighth and closed with a par. With his play on Saturday, Barjon is also the co-favorite to win the tournament with his odds of +350, as projected by JazzSports.

Hodges and Barjon jumping to the top of the leader board is a great storyline, but my pick to win the tournament is Seamus Power. Power has been in striking distance all weekend and currently sits right behind the leaders with a 16 under after a 66. Powers also increased his odds to win the tournament to +500, as projected by JazzSports. The Irishman played a five-hole stretch on the front nine in 6 under, capping the run with an eagle on the par-5 sixth. Powers doesn’t seem to be phased by the wind at all, so even if the wind is a factor on Sunday, Power should be able to make the shots needed to hoist the trophy Sunday evening.

After Round 3 at the American Express, Lee Hodges has been inserted as the favorite, as projected by JazzSports.

Odds to win The American Express