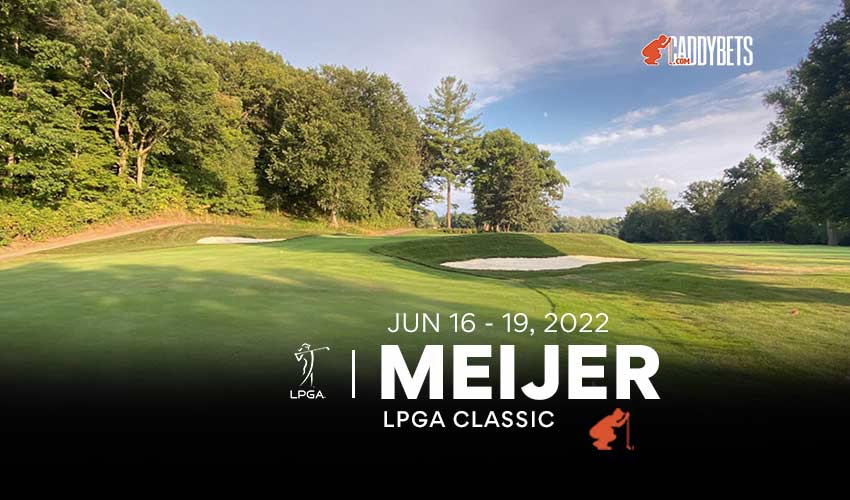 U.S. Open champion Minjee Lee tees up for the first time since taking home a women’s golf record $1.8 million by winning that major two weeks ago, and she faces a field this week at the 2022 Meijer LPGA Classic that includes Lydia Ko, Nelly Korda, and Brooke Henderson, who is coming off a thrilling win at the Shoprite LPGA Classic last week in New Jersey.

Henderson is the only two-time champion of this event since it came on the schedule in 2014, and Nelly Korda is the defending champ with a tournament-record 25-under 263. Korda and two others also

Since its inception, the event has been held at Blythefield Country Club in suburban Grand Rapids, Michigan. It’s a par-72 course that’s 6,624 yards in length. The first nine has quite the variety—three par-3s, par-4s, and par-5s—and the back-nine finishes up with three par-4 holes out of the last four.

Lydia Ko (+1000) finished tied for fourth last week after leading going into the final round of the Shoprite LPGA Classic. She shot a 67 but was still surpassed by Henderson’s 64 and Lindsey Weaver-Wright’s 65. Ko’s last win was in January, but she’s logged three top-fives in her last four events, so another win is inevitable.

Nelly Korda is also at +1000 along with Minjee Lee. Korda, as we mentioned, won here last year, set the tournament record, and shot a 62 in the process. She’s coming off a four-month break after having surgery to repair a blood clot, but she did finish eighth at the U.S. Open Championship and took last week off, so she should be fresh and ready to go this week. Lee also took a week off after winning the U.S. Open, and she also won the Cognizant Founders Cup in mid-May.

Brooke Henderson (+1200) shot at 64 to reach a playoff in the Shoprite LPGA Classic and then won it on the first sudden-death hole with an eagle. Now, she returns to where she has won twice. She had a great stretch of five top-six finishes in six events to start the year and seems to have overcome struggles in April, where she withdrew from an event and missed two cuts.

Lexi Thompson (+1600) comes to one of her more successful courses, having won here in 2015 and logging five top-nine finishes in six tries at Blythefield. She was also runner-up at the Cognizant Founders Cup last month.

Leona Maguire (+4000) was the runner-up here a year ago, but she’s a longshot due to missing the cut in three of her last four events. The one she made, however, was an eighth-place finish at the U.S. Open, so a good showing here is not far-fetched.

Ko seems poised to win again in 2022, and Henderson appears to have found her early-season form. We’re not 100% sold on Korda due to recovering from the surgery, and Lee coming off a major win is a bit of question mark. With more value, Thompson and Maguire are also solid picks.