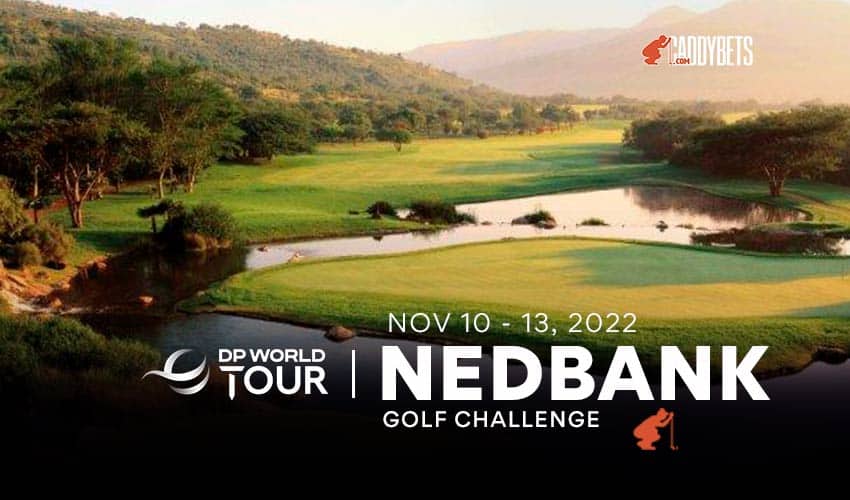 The DP World Tour heads from Europe to South Africa for the 2022 Nedbank Golf Challenge, one week before the series wraps up its season in Dubai.

The event debuted on New Year’s Eve 1981 as a five-person event. Johnny Miller defeated Seve Ballesteros, Johnny Miller, Jack Nicklaus, and Gary Player in the $1 million event. It eventually grew to the point where it joined the European Tour (now DP World Tour) rotation in 2013.

Several golfers have won this event three times, including Lee Westwood, Ernie Els, and Nick Price. Tommy Fleetwood is the defending champ, winning in 2019 before the tournament wasn’t held the past two years due to the COVID-19 pandemic.

Gary Player Country Club in Sun City, South Africa plays host to this event. It’s a lengthy par-72 course, measuring 7,833 yards. It’s a parkland course built in an extinct volcano crater. With the altitude, the ball will travel about 10% further than normal, which cuts some of the distance out. Narrow fairways and bunkers protecting the greens are the key features that will challenge players, so Greens in Regulation are one of the key markers. Fleetwood’s winning score in 2019 was a 12-under 276, but the course record was set by Els in 1999 with a 263 (-25).

Tommy Fleetwood (+1000) comes in as the narrow favorite as the defending champion, and he also scored a fourth-place finish against elite competition at the PGA Tour’s CJ Cup three weeks ago. Fleetwood also pulled top-five finishes out at the Genesis Scottish Open and Open Championship, and his worst finish in this event is 21st in five tries.

Look out for Jordan Smith (+1100), who—after a great season—finally broke a five-year winless streak two weeks ago at the Portugal Masters. We’ve seen it plenty of times when a golfer finally breaks through with a win, more quickly follow.

Thomas Detry (+1200) is having a great rookie campaign on the PGA Tour, finishing runner-up at the Bermuda Championship two weeks ago, and has come in the top five in this tournament in both appearances.

Ryan Fox (+1500) has extra motivation to perform well, as a win here would put him ahead of Rory McIlroy in the DP World Tour standings going into the finale next week in Dubai. A second-place finish would make it easier for him to catch McIlroy next week.

If you’re looking for South Africans to back, Branden Grace (+2500) and George Coetzee (+3500) are two to watch. Coetzee performs well in his home country, including just last week when he won the South African PGA Championship.

Fleetwood is in good form and hasn’t won since taking home the title here in 2019, so it could be his time. We’re also favoring Detry and Fox along with Coetzee as a value pick.