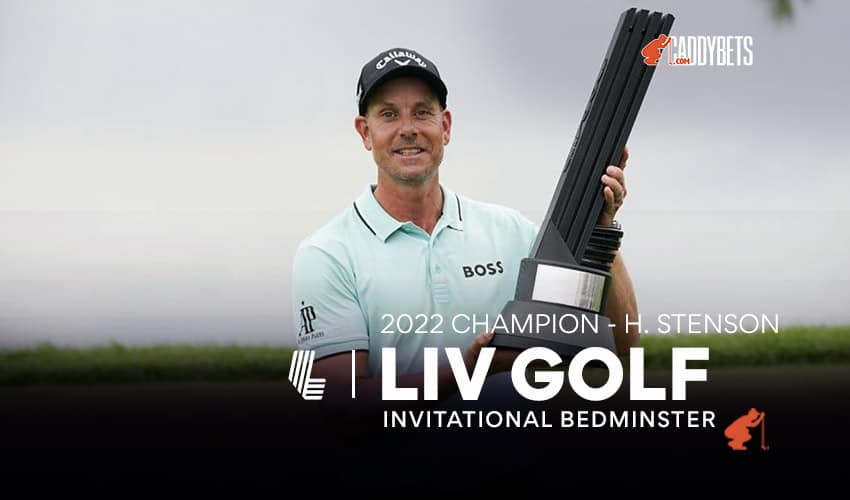 Henrik Stenson was one of the four big-name golfers to join the LIV Golf Invitational Series over the past several weeks and would make his debut on the tour’s third event in Bedminster, New Jersey.

Stenson, who was the captain of the European Ryder Cup team, was stripped of that honor by the DP World Tour after joining LIV Golf. Having not won a full-field PGA Tour or DP World Tour event in nearly five years, Stenson’s best days are clearly behind him, but he showed that he still has talent—and perhaps some extra motivation after winning the 54-hole LIV event at Trump National Golf Club Bedminster on Sunday.

“I guess we can agree I played like a captain,” Stenson said. “It’s been a busy 10 days. I’m extremely proud I managed to focus as well as I did. It’s been a good first week.”

Henrik Stenson, 46, picked up $4 million for the win and an additional $375,000 for his four-man team finishing in second place. He started the tournament strong on Friday, building a three-shot lead, and holding that edge over Dustin Johnson going into Sunday’s final round.

The Swede shot a steady 2-under 69 on Sunday, beating Johnson by two after the 2020 Masters winner birdied 18 to finish with a 68. Matthew Wolff also tied Johnson for runner-up after carding a 64.

Johnson, the highest-ranked player on the LIV series, has played like it so far despite not yet winning. He has placed eighth, fourth, and tied for second in the three events so far. In addition, his team—named 4 Aces—won the four-man portion of the last two tournaments, pocketing him and his teammates $750,000 for each team victory. Johnson’s teammates are Patrick Reed (fifth), Talor Gooch (10th), and Pat Perez.

“Through 10 or 11 holes, I think we were tied, so it was a lot different,” said Johnson, who was in the final group with Henrik Stenson and Reed. “Obviously, I was playing with Pat and we’re all watching the leaderboard and especially watching the team score.

Stenson is the first non-South African to win a LIV event; Portland winner Branden Grace as 13th, and London winner Charl Schwartzel placed 18th. Grace and Schwartzel are still first and second on the money list after three events, followed by Johnson, Stenson, and Reed.

Phil Mickelson shot a 71 on Sunday, which was just the second round out of the nine he’s played for LIV where he was in the black. Lefty, however, has continued to struggle in 2022—he missed the cut at both the U.S. Open and Open Championship—finishing 35th at Bedminster.

The LIV Golf series will be taking the next several weeks off for the PGA Tour’s FedEx Cup playoffs (originally, the series hoped its golfers would be able to compete in those events). LIV’s fourth event will be from Sept. 2-4 (Labor Day weekend) at The International in the Boston area.