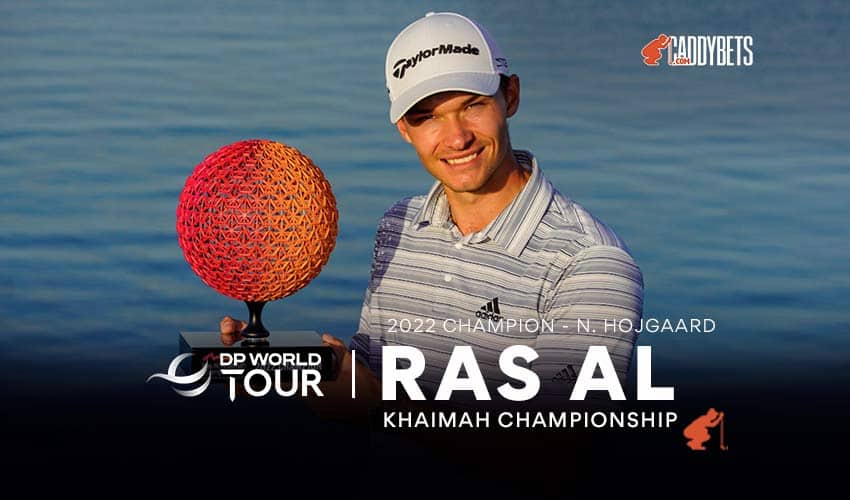 After shooting a 64 on Saturday to lead the Ras Al Khaimah Championship by six strokes, Nicolai Hojgaard did all he needed to do on Sunday, shooting a 68 at Al Hamra Golf Club in the United Arab Emirates, winning the tournament by four strokes over Jordan Smith for his second DP World Tour title after winning the Italian Open a year ago.

But while the final result looked comfortable, it was anything but at times for the native of Denmark. A five-shot lead turned into a two-shot deficit going into the 13th hole. But Hojgaard birdied the hole to tie Smith and eagled No. 14 to open up a two-shot lead. Two more birdies down the stretch extended his lead, finishing with a 24-under 264 to win the tournament.

“I had to dig deep out there, and the turning point was obviously on 13 where I saw Jordan Smith had made a run and was two up when I was on the green at 13, and I stepped up with a clutch finish so I’m really happy,” Hojgaard said afterwards.

It was the continuation of a nice finish to the 2021 season for Hojgaard, who not only won in Italy in September but finished the season with a runner-up at the Portugal Masters and then was fourth at the DP World Tour Championship, Dubai. He opened this year with back-to-back missed cuts in Abu Dhabi and Dubai, but put that behind him with a tremendous performance here.

“I’m quite excited for the future now. I’m not really thinking about it, but obviously when you’re playing good you start looking at all the rankings,” Nicolai Hojgaard added. “I’m motivated to keep going and get better and hopefully quality for the big tournaments.”

Smith was one of the favorites here, since he had success on this course when it was part of the challenge tour, and his runner-up finish proved that.

Outside of Smith, the top-10 was littered with lesser-known golfers who were not among the favorites when the week began. After shooting a 63 on Sunday, Haotong Li jumped into a tie for third place on the leaderboard at 17-under, along with Lukas Nemecz, Adrian Otaegui, and Matthieu Pavon. David Law and Tapio Pulkkanen tied for seventh at -16. Oliver Bekker and Thomas Detry rounded out the top 10 by tying for ninth place at -15.

Julien Guerrier and Robert MacIntyre were among the favorites going in and settled for a tie for 13th at 13-under. Rasmus Hojgaard, Nicolai’s twin brother who has three wins on the DP World Tour, finished tied for 42nd at 8-under.

Up Next on the DP World Tour

COVID-19 complications forced a cancellation of the Qatar Masters that was originally scheduled for this week. Instead, the DP World Tour will remain at Al Hamra Golf Course for the Ras Al Khaimah Classic, marking the fifth time that the tour has done so during the pandemic. Hojgaard will be teeing it up again, but the four previous back-to-back events did not produce a repeat winner.

Get the latest information on the Nicolai Hojgaard updates, golf news, and PGA Tour schedule. Sign up to receive our daily Golf content and become a winner.