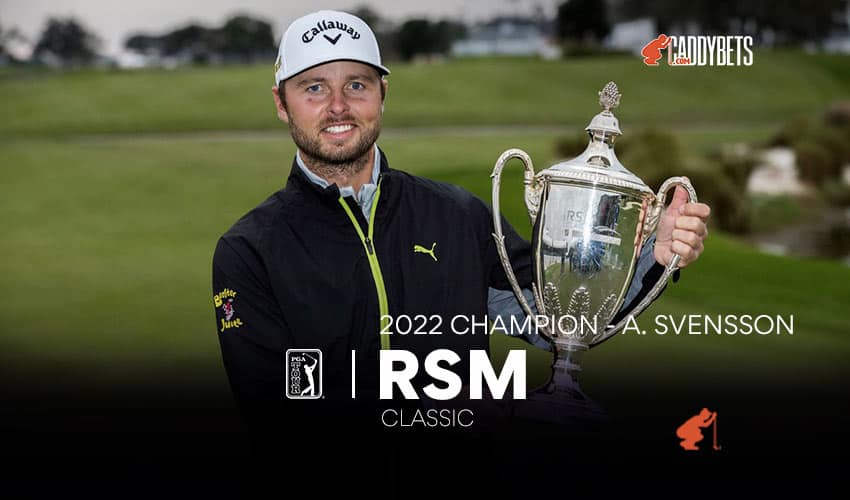 Canadian Adam Svensson may have felt at home in the chilly temperatures that made Sea Island feel more like the Open Championship instead of the RSM Classic 2022 in coastal Georgia.

In a cold and windy final round on a weekend where the temperature didn’t get above 60 degrees, Svensson shot a 64 to end up at -19 for the tournament to win it by two strokes over Callum Tarren, Sahith Theegala, and Brian Harman. He won despite shooting a 73 in the first round on the Plantation Course, following that up with a 64, 62, and 64 on the (theoretically) more difficult Seaside Course.

“It’s been a dream of mine since I was 10 years old, 8 years old,” Svensson said after winning for the first time on the PGA Tour. “I don’t think money really does anything. It’s the feeling of coming down the stretch and winning … you just can’t beat it.”

Svensson, 28, is on his second stint on the PGA Tour after losing his tour card in 2019. He said he relied on raw talent to get onto the tour in 2015, but after losing his card, he worked hard on his main weakness—the putting game, where he ranked 183rd of 188 in Shots Gained: Putting in the season where he lost his tour card. Fittingly, he sank two big birdie putts on Nos. 16 (18-feet) and 17 (11-feet) to take control of this tournament.

The win in the final FedEx Cup points event of 2022 gives Svensson a two-year exemption on the tour along with entrance into all of the majors for 2023. That means the Canadian will be playing at Augusta and the other three big events for the first time.

Svennson, the only first-time winner of the fall portion of the 2022-23 PGA Tour season, is sixth in FedEx Cup points. The leader going into the new year is Seamus Power, who finished tied for fifth here. Tied for fifth with Power were Cole Hammer—the rookie who led after each of the first two rounds—Joel Dahmen, Chris Stroud, and Alex Smalley.

In a five-way tie for 10th were Robby Shelton, Erik Barnes, David Lingmerth, Wyndham Clark, and Patrick Rodgers, who came into the final round as the leader but shot a 70 on a day where scores were low and ended up five shots behind Svensson.

The PGA Tour resumes in January in Hawaii with the invitation-only Sentry Tournament of Champions followed by the Sony Open. In two weeks, 20 golfers (including Tiger Woods) will compete in the Hero World Challenge, a 20-man all-star type event in the Bahamas. Viktor Hovland is the defending champion.

Ready for more Golf action? Sign up here to get a 50% Sports Welcome Bonus and get the latest Golf Gambling Odds by Jazzsports.

Follow us on Social Media for more RSM Classic 2022 updates!