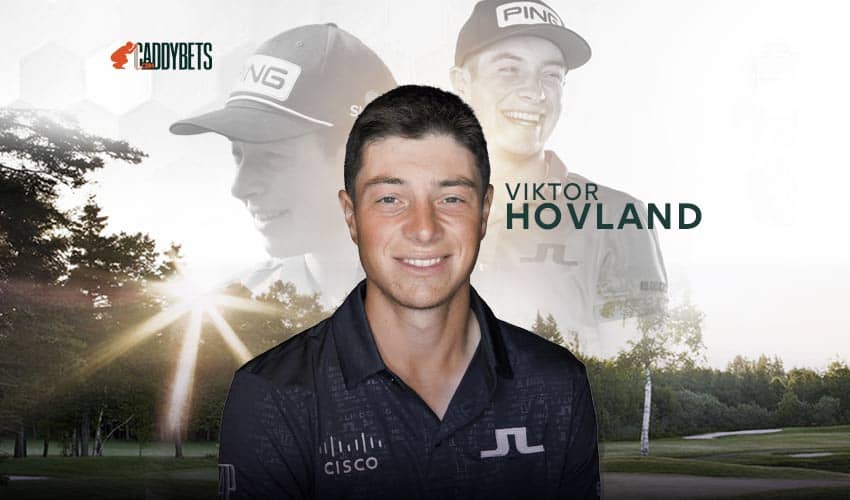 Viktor Hovland was born on September 18, 1997, in Oslo, Norway. He began playing golf when he was 11 years old, his dad taught him how to play and gave him his first clubs.

Viktor Hovland attended and play college golf at Oklahoma State University, where he won the Ben Hogan award is 2019, the other sports he was interested in growing up were football and taekwondo.

Hovland’s amateur career started in 2014 when we won the Norwegian Amateur Golf Championship, four years after Viktor Hovland was the first Norwegian who claimed the U.S Amateur and played in the Emirates Australian Open.

Hovland’s professional golf career started in 2019 in the U.S Open. He made his debut in the Travelers Championship in June 2019, and by doing so he got an automatic entry to the U. S Open, in August he finished tied for second in the Albertsons Boise Open, part of the Korn Ferry Tour finals.

In February 2020, Viktor Hovland became the first Norwegian to win a PGA Tour when he won the Puerto Rico Open. In 2021 Hovland became the first Norwegian to win on the European Tour when he won the BMW International Open, in September Hovland played on the European Team for the 2021 Ryder Cup, and in November he defended his title at the World Wide Technology Championship at Mayakoba in Playa del Carmen, Cancun, just a month after he won the Hero World Challenge finishing at 18 under par, one shot ahead Scottie Scheffler.

Viktor Hovland started the current year with a top- 5 finish at the DP World Tour Abu Dhabi HSBC Championship, he also won the Dubai Desert Classic, which put him into No 3 in the Official World Ranking.

Hovland started the year with a top-5 finish at the European Tour’s Abu Dhabi HSBC Championship in January. The following week he won the Slync.io Dubai Desert Classic; after shooting a final-round 66, he made a birdie on the first hole of a sudden-death playoff to defeat Richard Bland.
The win lifted him to number three in the Official World Golf Ranking. On 7 July, Ping announced that Hovland had signed a multi-year agreement with the brand.

He currently is in the top 10 in the Official World Golf Ranking. As of 2022, Victor Hovland’s net worth is estimated to be around $3.5 million.