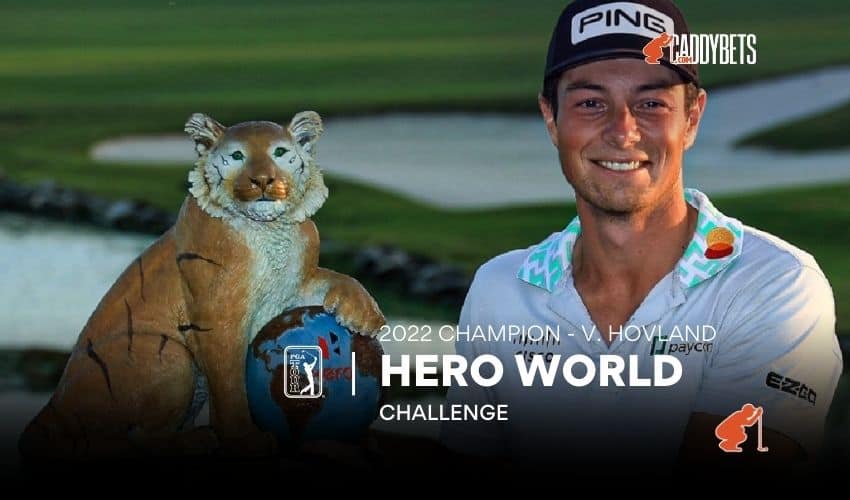 In 2022, it was Hovland who had the big lead, but he was able to hold on to claim his second straight victory in this exclusive 20-man event. He joins tournament host Tiger Woods as the only back-to-back winners of this tournament.

“That’s pretty bad-ass,” Viktor Hovland said after he was told of that statistic following his win.

Hovland (-16) entered Sunday with a three-shot lead over Scottie Scheffler (-14) after shooting a 64 in the third round. He extended the lead to five at the turn on the strength of birdies in three of the first seven holes.

That’s when things got interesting for the defending champion. Scheffler, who needed to win to regain the world’s No. 1 ranking that he lost earlier this fall to Rory McIlroy, birdied three consecutive holes from 14-16 to trim the lead.

The advantage was two for the Norwegian going into the 18th hole. Hovland hit a shot into the water but had a chance to save bogey from 20 feet away. Scottie Scheffler, meanwhile, was in the sand to the right of the green, and he was left with a 10-foot putt for par.

If Hovland missed, it would’ve given Scheffler a chance to tie and force a playoff with a par, but Hovland hit the bogey putt to secure the victory.

“It’s frigging nerve-wracking! You’re never that comfortable. I didn’t play that great on the back nine, but it was good enough,” Hovland remarked. “I made it a little more exciting, I guess.”

The win, even though it’s an unofficial win on the PGA Tour, was his first since taking home this event exactly one year ago. He will be competing in the Sentry Tournament of Champions based on his reaching the Tour Championship in Atlanta over the summer.

For Scheffler, he finished runner-up to Hovland for the second year in a row. It caps a very successful year where he won four times, including a dominant run at the Masters in April.

While he was happy with the big picture, the Texan was still disappointed not to have won here in the Bahamas.

“I said earlier in the week that I don’t like finishing second,” said Scheffler, who had three runner-up finishes in 2022 to go along with his four wins. “It’s not a good feeling right now, but I’m proud of the fight.”

A quartet of international golfers rounded out the top 10—Sungjae Im and Jon Rahm tied for eighth while Tom Kim and Sepp Straka tied for 10th.

The QBE Shootout, another unofficial PGA Tour event, is next on the schedule. This is a team event that will feature the likes of Max Homa, Kevin Kisner, Straka, Young, Billy Horschel, and LPGA stars Nelly Korda and Lexi Thompson.

Ready for more Golf action? Sign up here to get a 50% Sports Welcome Bonus and get the latest Golf Gambling Odds by Jazzsports.