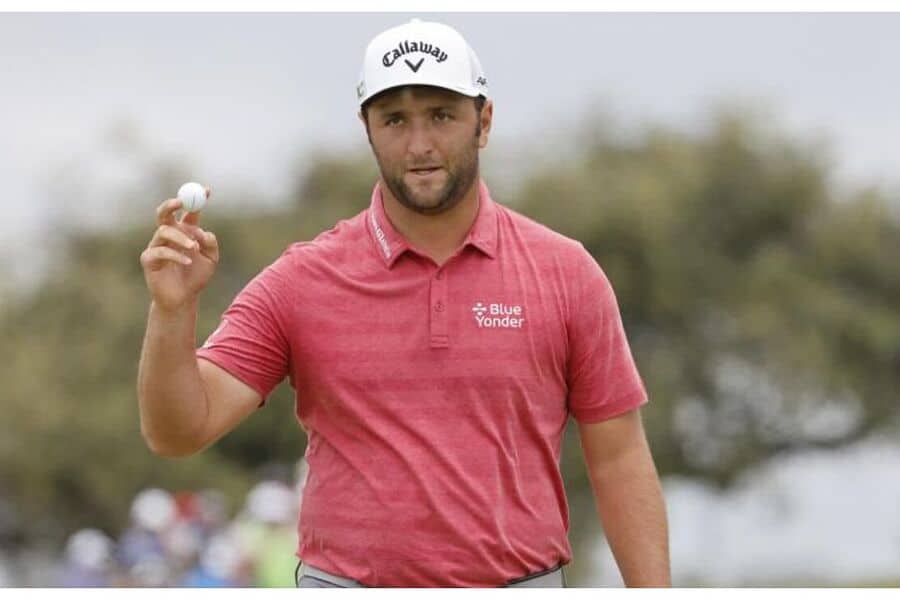 Are you seeing this? If you haven’t been watching the Sentry Tournament of Champions Round 3, then you are missing a golf clinic. This has turned into more of a heavyweight fight than a golf tournament, as the co-leaders (Cameron Smith and Jon Rahm) stand toe-to-toe going shot-for-shot!

How good have these guys been?

Well, sitting in second place is Daniel Berger, who has shot three consecutive rounds of 66 and currently sits a 21-under par, and that’s not good enough; he’s still five strokes behind the leaders.

Nevertheless, Berger has been fantastic, and in most tournaments, he would have run away with this, but currently, his odds to win the tournament sit at +2500, as projected by Jazzsports.ag, so that should tell you his chances to catch the leaders today.

Back to the co-leaders

Who currently sits at 26-under par. Yup, you heard it right, 26-under par as we get ready for the final round today in Maui. Let’s start with Smith, who continued his torrid pace. In all honesty, I did think Rahm would catch him, but only because Smith would not be able to keep up the pace he had been playing. I was half right. Rahm did catch him, but Smith continued to play magnificent golf.

Smith entered Saturday with a three-shot lead and was still three shots ahead through six holes. Over his last 12-holes, he was 8-under par. Take that in for a second. He was 8-under par for his previous 12-holes, and he still lost the lead! However, with his play on Saturday, his odds of winning the tournament got better, and he currently sits at +145, as projected by Jazzsports.ag that would be a no-brainer if it weren’t for it the guy who caught him.

I’m not sure at this point if Jon Rahm is human. However, his play on Saturday is nothing short of a lesson on How Legends Are Made. Jon Rahm matched the low score of his career, tied the course record at Kapalua, and played his last 12 holes in 11-under par for a 61. A few hours earlier, Justin Thomas set the course record at Kapalua with a 61, but Rahm decided he would just take all the records in one day, so he tied it. Rahm capped off his birdie-eagle-birdie-birdie finish with putts from just inside 30 feet and 15 feet for his 12-under 61 and moved to the favorite above Smith with -145 odds to win the tournament, as projected by Jazzsports.ag. Rahm had only had to settle for par on No. 12 (where he missed a birdie putt from just inside 12 feet) and No. 13 (he left a 10-foot putt short); other than that, he was other-worldly. The final round at Kapalua should be one for the record books, as we should watch Rahm and Smith go toe-to-toe once again.

Expect Rahm to pull away from Smith and claim his first victory (of many) this season. After Round 3 of the Sentry Tournament of Champions, Jon Rahm has been inserted as the favorite. All odd to win the tournament have been updated below: