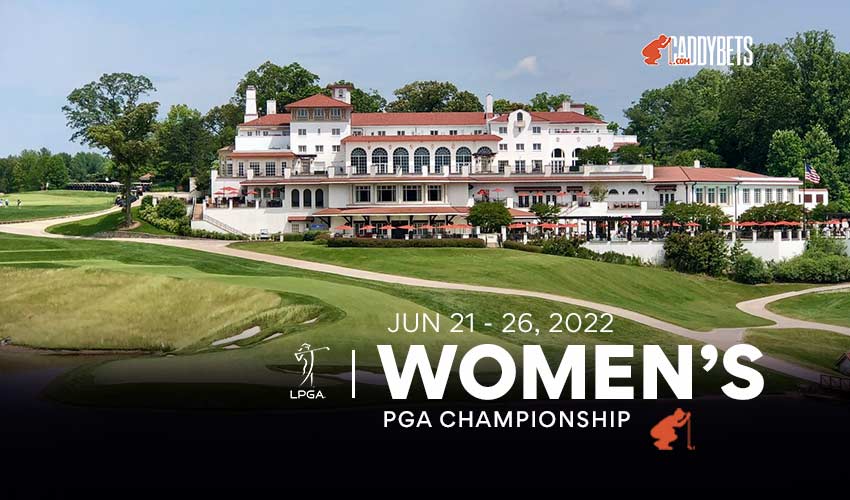 After missing a few months of action due to surgery to repair a blood clot, Nelly Korda is back on top of her game heading into the year’s third major in women’s golf.

Korda arrives at Congressional Country Club in Bethesda, Maryland to defend her KPMG LPGA Championship against the best that women’s golf has to offer.

Congressional hosts this event for the first time after having previously hosted the men’s PGA Championship in 1976 and three men’s U.S. Open as well. The Blue Course is a par 72 and finishes long since the final par-3 hole is the 13th. The par-4 18th, known as The Home Hole, is extremely narrow and a bad tee shot can find the sand, a waste area, or even the water.

Korda Favored over Ko and This Year’s Major Winners

Last year, Nelly Korda (+850) won the Meijer LPGA Classic before winning the Women’s PGA in Atlanta. This year, she fell just short of defending that title by losing in a playoff last week. While she’s playing well, history is somewhat against her, as there hasn’t been a repeat major winner in women’s golf since Inbee Park won this event three times in a row from 2013-15.

Minjee Lee (+1200) won the most-recent major and has two wins in her last four starts. She was 18th last week but has shown the ability to rebound all season. Lexi Thompson (+1200) has two second-place finishes this year, was fifth last week and came in fourth at the Chevron Championship, the season’s first major.

Brooke Henderson (+1500) won this event in 2016 and has rebounded nicely from a series of missed cuts this spring. She was 15th at the U.S. Women’s Open then charged into the lead with a final-round 64 at the ShopRite LPGA Classic and claimed victory there and followed it up with a ninth-place run last week.

For having already won a major this year and also winning the Meijer LPGA Classic in a playoff last week, Jennifer Kupcho at +3300 provides some nice value. The two wins in her last eight starts, however, are her only top-15 finishes in that span, but the odds make it worth a flier.

In addition to taking a chance on Kupcho, we like Korda to defend along with Minjee Lee and Henderson.

Here are the latest odds from JazzSports for the 2022 KPMG Women’s PGA Championship.