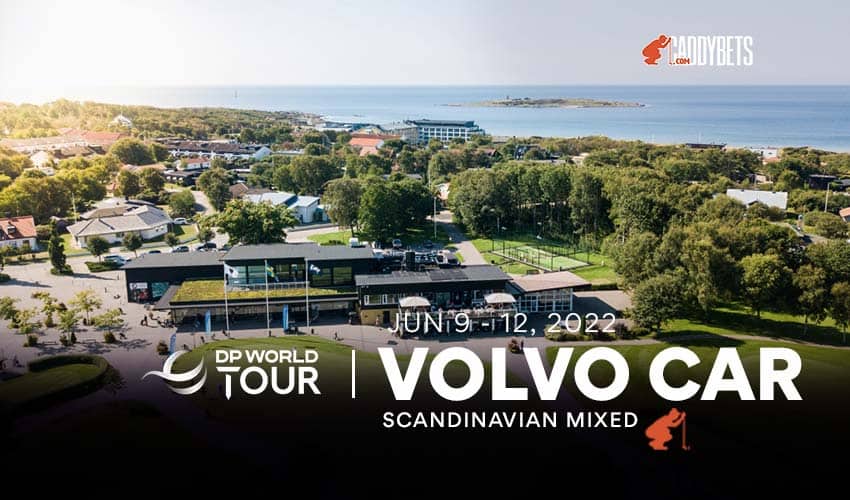 The next stop on the European Tour is in Sweden, but it’s a week with a twist as the 2022 Scandinavian Mixed will see a field combining both men and women. The only event of its kind across both the European and PGA Tours, it will be the tournament’s second edition in this format.

Any concerns that organizers had regarding how competitive the event would be were quickly dismissed when Alice Hewson finished alone in the third spot in last year’s edition. Hewson’s third-place finish not only demonstrated that the format worked but also showed that the female players in the field were more than good enough to play alongside the male professionals.

The standard is expected to be even higher this year.

With several top names from both the male and female tours looking to get their hands on the first-place prize of €350,000 – here is everything you need to know ahead of what looks like being another fantastic tournament.

The Scandinavian Mixed is the only event that has been officially sanctioned by both the European and Ladies European Tours. 156 players with 78 players from each tour will be teeing it up this week.

The crowd heading to the course can expect to see many of Sweden’s greatest golfers. On the men’s side, Alexander Noren is the current favorite for the event. Playing in front of his home fans he will be looking to add another title to the ten European Tour titles he has already amassed.

European Ryder Cup captain Henrik Stenson isn’t comfortable just playing the role of host and is also set to compete in front of his home fans. Stenson is nowhere near the force of old, but it’s yet another opportunity for him to play and evaluate his options ahead of his selections next year.

On the women’s side, a potential star was born in Ingrid Lindblad. The Swedish amateur was up around the leaders for three rounds of last week’s Women’s US PGA following a stunning opening round of -7. Lindblad fell away in the final round but was still able to post an impressive T11th finish.

The Halmstad Golf Club is this week’s host and will provide a challenge to the entire field. A par 72, 6909-yard layout awaits, and it’s seen to be the perfect course for both the male and female competitors.

The course is one of Sweden’s finest and opened up in 1938. A proud host of the Solheim Cup, this will be the first Tour-level tournament the course has ever hosted.

Designed by Rafael Sundblom, who is regarded as the father of Swedish golf course design – the players will encounter a tree-lined course that features several water features. Accuracy will win the day from both the tee and approach play. If a player is errant in either area it could be tough to shoot low.

In such an innovative event, the betting for the tournament is incredibly open. JazzSports has every angle covered and is the best place to bet ahead of the opening tee shot. Here we break down some of the likely contenders.

A ten-time winner on the European Tour, Alex Noren returns to play in front of his home fans for the first time since 2019. Noren has spoken of his excitement in returning home and has the previous form when playing in Sweden having won tournaments in both 2011 and 2015. Now a regular on the PGA Tour, Noren has posted some positive results this season which include a 6th place finish at the Phoenix Open and a 5th place finish at the Honda Classic.

Noren is a class player but hasn’t been in the winner’s circle for a fair while now. Not the most accurate, Noren ranks 91st for greens hit in regulation and only 126th for driving accuracy. He will need to sharpen up in both areas if he is to win another title in front of his home fans once again.

Next in the betting and the leading female player according to JazzSports is Swedish starlet Maja Stark. Stark, who was one of the leading amateurs in the world before she turned professional, is the current leader in the Race to the Costa Del Sol and has three European Tour wins to her name.

Maja Stark has been in scintillating form over the last two months and has recorded five top-ten finishes in her last six tournaments – which includes one win at the Women’s NSW Open.  Stark will be hard to beat and odds of +1500 could be the value play of the week.

Priced alongside Stark is the Italian Eduardo Molinari. Molinari heads to Sweden following a 5th place finish at last week’s Porsche Open.  Molinari like Noren has ten wins to his name and at one stage was ranked as high as 14 in the world.

With three top-ten finishes in his last five outings, Molinari could be overpriced. As one of the most consistent players on the field, he must have a great chance of success this week.

Rounding off the top four in the betting is another Swedish player, Alexander Bjork. Bjork hasn’t been pulling up any trees recently but did manage a tie for 7th at the Dutch Open.

Accuracy has plagued Bjork this season with the Swede only managing to rank 77th in driving accuracy and 105th for greens hit in regulation. The Swede does rank 11th for lowest average putts per round, so if he can keep his ball out of trouble, Bjork’s abilities on the greens could give him a chance of victory.