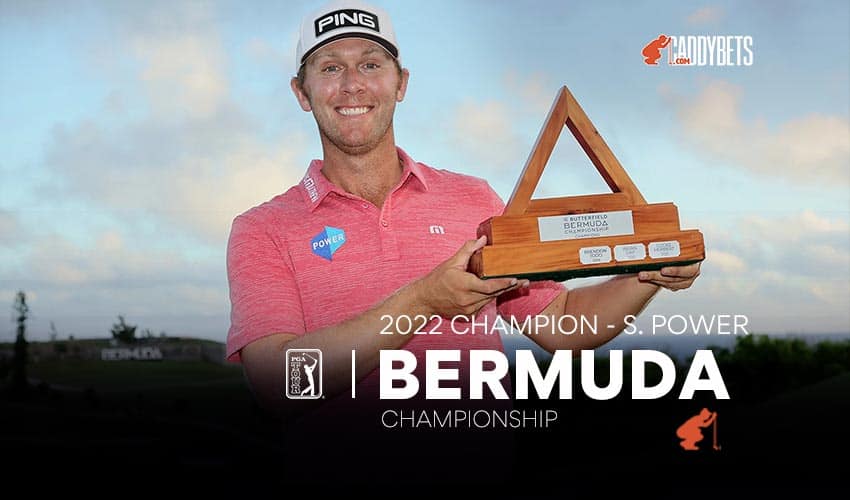 After three days of low scoring, Port Royal Golf Club in Southampton, Bermuda saw the winds its known for pick up and make it difficult for the golfers on Sunday. Here our 2022 Butterfield Bermuda Championship Recap

Leave it to Irishman Seamus Power, who had a good history on this course, to tame it just enough to score his second PGA Tour win and his first full-field victory, which qualifies him for the Masters.

Power entered the day tied at 19-under with rookie Ben Griffin, and Griffin was narrowly ahead until the winds became too much for him on the back nine.

Griffin bogeyed four-straight holes, then recorded a double bogey on 16. Power, meanwhile, holed his birdie shot on 14 to put him up two on Griffin.

After birdieing the 17th, Power had a two-shot lead over the field, so his conservative bogey on 18 was enough to win the tournament over Detry, a Belgian who has started very well in his first full season on the PGA Tour.

“This course was always going to be a tale of two sides,” Power said. “I knew it was going to be hard coming in and it was. I’m delighted to get it done.”

Power, 35, won the Barbasol Championship in July 2021, but since that event ran against the Open Championship, it only paid 300 FedEx Cup points and didn’t give all of the winner privileges that come with a PGA Tour victory. But he’s got a full exemption now with this win.

If I thought for a second I wasn’t (going to win), I would have stopped,” he said. “That was my mentality going into it.”

For Griffin, a third-place finish wasn’t bad for the 26-year-old’s eighth career start, and he’s choosing to look at it that way instead of focusing on the five-hole stretch where he shot +6.

“You can’t let up in a PGA Tour event,” Griffin said Sunday after carding a 72. “I think I almost got a little too comfortable. It was a fun week. I hate to finish the tournament the way I did.”

Detry’s runner-up finish gave him his third top-12 finish in four starts this season. He’s seventh in the FedEx Cup standings, which is the highest place among non-winners.

Patrick Rodgers and Kevin Yu tied Griffin for third place. Denny McCarthy and Aaron Baddeley, a Monday qualifier for this event, finished tied for sixth at -16. Max McGreevy and Justin Lower were tied for eighth, and Harrison Endycott finished 10th at -14.

The PGA Tour plays in a new country for the fourth-straight week, as the tour heads to Mexico for the World Wide Technology Championship at Mayakoba. Norwegian Viktor Hovland will have plenty of fans from his homeland at El Camaleon once again as he goes for a third-straight title here. Scottie Scheffler and Collin Morikawa will be among those gunning for the title with Hovland.