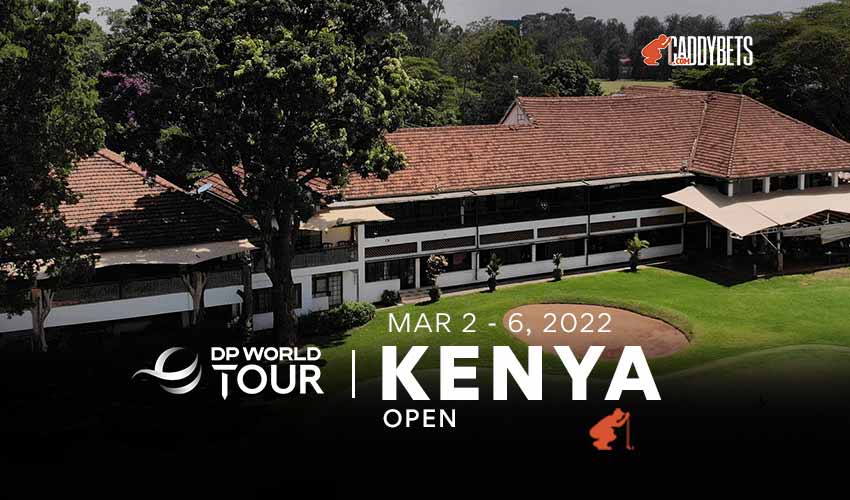 Speaking of the Muthaiga Golf Club, let’s touch on this beautiful course a bit, as it will play a factor in deciding the winner come Sunday. Muthaiga Golf Club in Nairobi is a par 71, measuring 7,185 yards., but it won’t play that long. Nairobi is just about 1800 meters above sea level, so we expect the ball to travel further in the thinner air. Golfers will face many water hazards and fast, tricky greens, making consistency and accuracy crucial along with the thinner air.

So, who’s playing this week, and who do we expect to win come Sunday? Many of the Tour’s biggest stars opted to remain in the states and play in the Arnold Palmer Invitational as they build toward the Players Championship and The Masters; there is a still strong field that has made the trek to Kenya this week, including the past two champions, Justin Harding and Guido Migiozzi. They aren’t the only Europeans in the field, as Connor Syme, Matthew Jordan, Thomas Detry, Adrian Meronk, and Adri Arnaushave also made the trip.

Last year’s champion, Justin Harding, is here to defend his title, and with his odds at +1500, as projected by Jazzsports, he’s a solid pick to repeat. Still, he’ll have significant competition from fellow South Africans, Thriston Lawrence, Daniel Van Tonder, and the tournament favorite, Dean Burmester.

Burmester has been inserted as the early favorite by Jazzsports with +1200 odds. Burmester won last year’s Tenerife Open, and when we last saw him in fine form, finishing second on the Sunshine Tour in the Dimension Data Pro-Am a couple of weeks ago. The 32-year-old South African is renowned for his length off the tee, so this isn’t an obvious venue for him, but he was eighth in this event at Karen last year, and that’s a similar-looking venue.

Sitting behind Burmester is Adri Arnaus with +1400 odds to win, as projected by Jazzsports. Arnaus is a name to watch this week, as he is a beautiful ball striker. Although he missed the cut at the Dubai Desert Classic, Arnaus has been solid and is due for a win. He finished in a tie for eighth at the Portugal Masters, ninth at the DP World Tour Championship, 20th at the Abu Dhabi Championship, and then tied for ninth at the Ras Al Khaimah Classic, which he could have easily won. Course management has always been the thorn in the side for Arnuas, but if he is able to stay consistent with his shots and his decision-making in Kenya, then he should be in contention come Sunday.

My surprise pick of the week is Conor Syme. Syme is currently sitting at +5000 odds to win this tournament, as projected by Jazzsports, which I think is a steal based on how his game fits Muthaiga. Syme is coming off a solid finish at the Ras Al Khaimah Classic, where he tied for 6th, and let’s not forget the finished third in this event last year. I like the way he strikes the ball, and that coupled with altitude makes Syme a solid pick to be in contention come Sunday. So don’t sleep on Syme this week.

Ok, now for my long shot of the week, which I give to Guido Migliozzi. Migliozzi isn’t even listed with odds to win the tournament based on his play lately.

I know, he’s only made one cut this year in which he finished tied for 67th, but he has pedigree. He’s won this tournament recently, and when he’s right, he’s an excellent golfer. The question is, “Is he right?” Again, it comes down to how his game translates to Muthaiga and looking at his 2021 stats, it does. Migliozzi ranked 15th for par-3 scoring and 16th for par-5 scoring, which will put you in contention on this course. If he is to break out of his slump, this is the week and the course to do it, so don’t be surprised to see Migliozzi hovering around the leader board.

Keep in mind that the leader for the first round is doomed. Since 1996, no first-round leaders have gone on to win this tournament, so take the day one leader with a grain of salt. On the other hand, those who top the leader board after 36-holes have gone on to win the tournament at a higher rate than any other. So, keep that in mind when placing your bets after the first two rounds.

The odds for the Magical Kenya Open have been posted, and Dean Burmester has been inserted as the favorite, as projected by Jazzsports. In addition, all odds to win the tournament have been updated below: