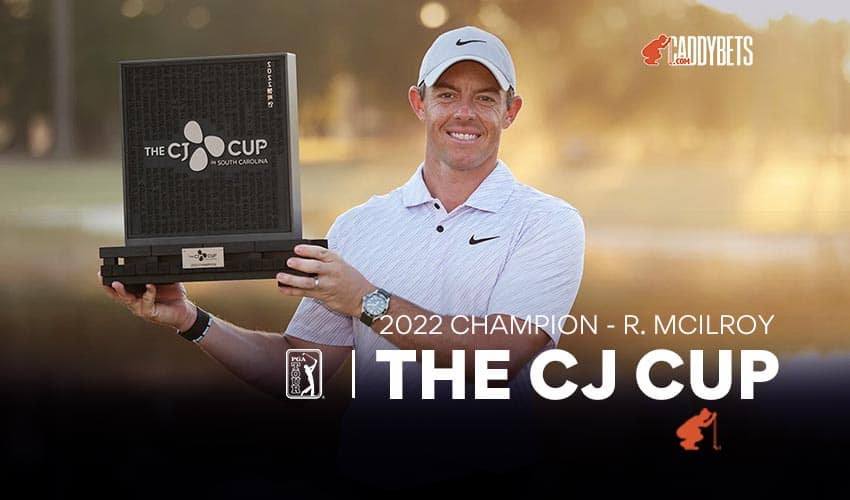 Rory McIlroy’s charge back to the top of the golf world is complete.

After he vowed to change his game after being on the losing end of the Ryder Cup last September, McIlroy began his rise by winning the CJ Cup in Las Vegas last year. After contending at all four majors this year and winning the FedEx Cup for a third time, McIlroy successfully defended his CJ Cup win on Sunday—this time at Congaree near Hilton Head Island in South Carolina.

The win, coupled with Scottie Scheffler’s 45th-place finish, moved McIlroy to the top spot in the Official World Golf Rankings for the ninth time—third all-time behind Tiger Woods and Greg Norman, who are tied at 11 occasions.

Rory McIlroy was tied with Kurt Kitayama going into the final five holes on Sunday, but a run of three-straight birdies gave him some breathing room, which he needed after bogeying the final two holes. In the end, he held off Kitayama by one stroke with a 17-under 267 for the tournament.

“I’ve worked so hard over the last 12 months to get back to this place,” McIlroy said. “I feel like I’m enjoying the game as much as I ever have. I played with that joy and it’s definitely showed over these last few months. It’s a big achievement. I’m really proud of myself right now.”

McIlroy last was No. 1 in the world when the golf world shut down for three months at the onset of the COVID-19 pandemic. He lost the position to Jon Rahm in July 2020, and he held it until Scottie Scheffler’s win at the Masters in April.

Rahm was in contention this weekend after firing a course-record 62 on Friday. He was playing in the group ahead of McIlroy and tied for the lead early but bogeyed No. 14 and finished with a string of pars to end up in fourth place.

The Spaniard said that he will be taking a little break from golf, so this was likely his 2022 finale on the PGA Tour until the Sentry Tournament of Champions in the new year.

“That’s a tough group of guys to beat,” Kitayama said after his duel with McIlroy fell short. “I just have to keep improving.”

K.H. Lee finished third and was the top-finishing South Korean in this event that’s put on by that country but hasn’t been held there since 2019 due to pandemic-related travel restrictions.

Tommy Fleetwood was tied with Rahm for fourth, Aaron Wise was sixth, and there was a four-way tie for seventh among Billy Horschel, Sam Burns, Lee Hodges, and Brendon Todd.

Next on McIlroy’s checklist is to win the DP World Tour season-long title. He leads in the standings on that tour and will play in their finale in Dubai next month.

The PGA Tour leaves the U.S. once again for the Butterfield Bermuda Championship. Lucas Herbert won here last year but is not entered in the field. John Daly will be teeing it off thanks to a sponsor’s exemption.