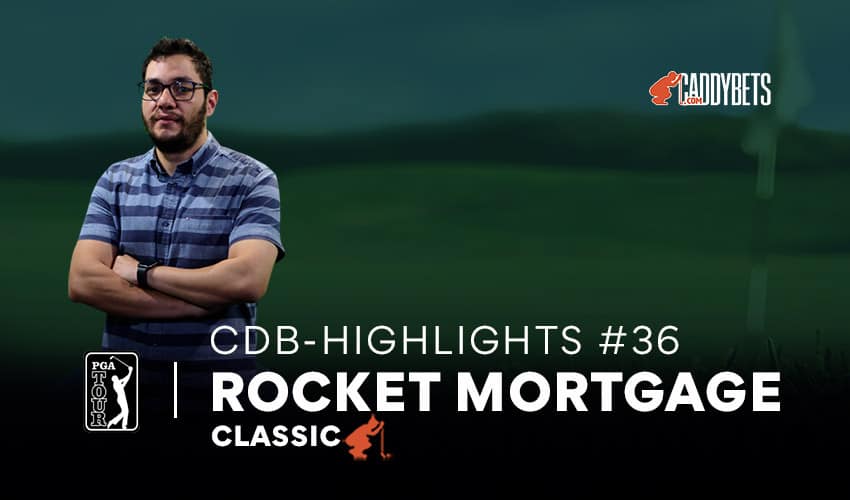 One week after winning the 3M Open, Tony Finau shot a 5-under par to earn his second consecutive victory at the Rocket Mortgage Classic.

It’s really hard to win in back-to-back weeks on the PGA Tour, actually, it hadn’t happened since 2019 when Brendon Todd did it.

Finau was brilliant all week, as he finished 26 under par and at one point went 64 holes without recording a bogey.

Meanwhile, Taylor Pendrith had three birdies and three bogeys in his even-par final round to share second place with Patrick Cantlay and Cameron Young. With his 4th PGA victory, Finau moves to number 16 in the world rankings.

Henrik Stenson wins the third event of the LIV Tournament Meanwhile, in New Jersey, Henrik Stenson won the LIV event taking place at Bedminister. It was his debut after announcing last week that he would join the LIV tour. The European PGA then removed him as captain of the European Ryder Cup team.

The Swedish shot a steady 2-under 69 on Sunday, defeating the prohibitive favorite Dustin Johnson by two after the 2020 Masters winner birdied 18 to finish with a 68.

The LIV Golf series will be taking the next several weeks off for the PGA Tour’s FedEx Cup playoffs.

This week, the PGA Tour heads to North Carolina for the Wyndham Championship. With many top pros taking the week off, Shane Lowry and Sun-J M are the favorites at 15/1.

Will Zalatoris is the third choice in wagering and has been bet down to 18/1. This year’s Memorial Tournament winners Billy Horschel and Webb Simpson are at 20/1.

Our pick this week is Zalatoris, he is the 12th-ranked player in the world and went to school down the road from the tournament location at Wake Forest. This combination should propel Zalatoris to win his first PGA victory.