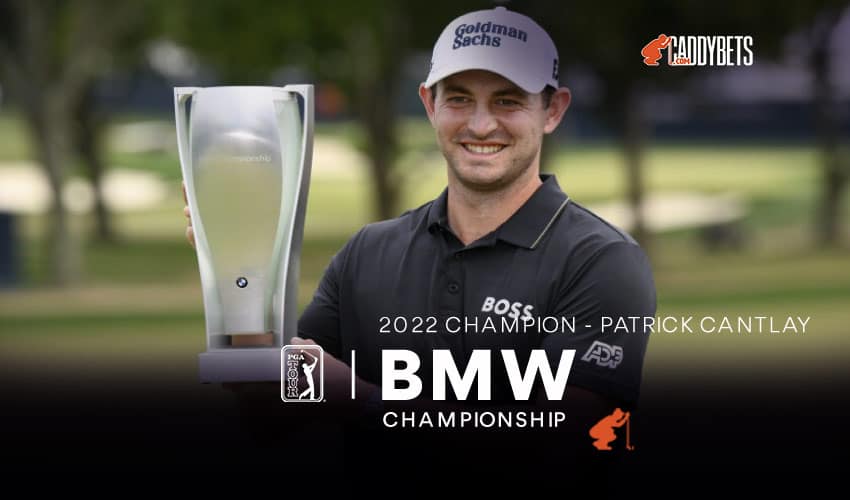 Patrick Cantlay has had some nice results in 2022 (including a team at the Zurich Classic of New Orleans and three runner-up finishes), but it felt like the defending FedEx Cup champion was flying a bit under the radar all season with the emergence of Scottie Scheffler, Will Zalatoris, and Cameron Smith on the PGA Tour this year. Here our BMW Championship 2022 recap.

Cantlay, aka “Patty Ice”—the nickname that became famous exactly one year ago, made his presence felt in a big way this weekend, winning the BMW Championship for the second year in a row and is once again in prime position going into next week’s Tour Championship in Atlanta.

Last year’s victory came in Maryland and required six extra holes to beat Bryson DeChambeau in a playoff. This year, Cantlay’s 65 on Saturday put him in position and after bogeys on Nos. 8 and 10 on Sunday, Cantlay came in with three birdies in his final eight holes to win at Wilmington Country Club by one shot over Scott Stallings.

“I’ve been playing great golf all year, so I knew that if I just kept knocking on the door and kept staying in a positive frame of mind and trusting myself that I’d knock off a few victories,” Cantlay said.

With the win, Cantlay jumps into second place in the FedEx Cup standings (behind Scheffler) and will start the Tour Championship at -10—two strokes behind Scheffler.

Last year, Cantlay led the standings and had a two-shot edge over Jon Rahm in starting strokes and won the tournament, so while the view will be slightly different this year, he knows what it takes to win.

“I’m in a really good spot,” Cantlay said. “It’ll be a little different type of a challenge this year, obviously, being two behind Scottie. He’s played a lot of great golf this year, so I expect the same. But it’s a golf course I really like, and I’m looking forward to the challenge.

Scott Stallings parred the final four holes, unable to tie Cantlay and force a playoff, but he did jump from 46th in the standings to start the week to 12th, comfortably inside the top 30 to not only play in Atlanta for the first time in his career but also is guaranteed a spot in all four majors now.

Scheffler finished tied for third with Xander Schauffele. Scheffler regained the FedEx Cup points lead over Will Zalatoris, who withdrew in the third round. Zalatoris is third in the standings with Schauffele right behind him in fourth.

A fifth-place tie among K.H. Lee, Adam Scott, and Corey Conners was all good news for the trio, as they all qualified for East Lake as well.

Jon Rahm, Rory McIlroy, Joaquin Niemann, and Taylor Pendrith finished tied for eighth. All except Pendrith will be playing next week.

Join Us to receive more BMW Championship 2022 & News! Make sure to stay tuned for the latest Golf Vegas Odds,