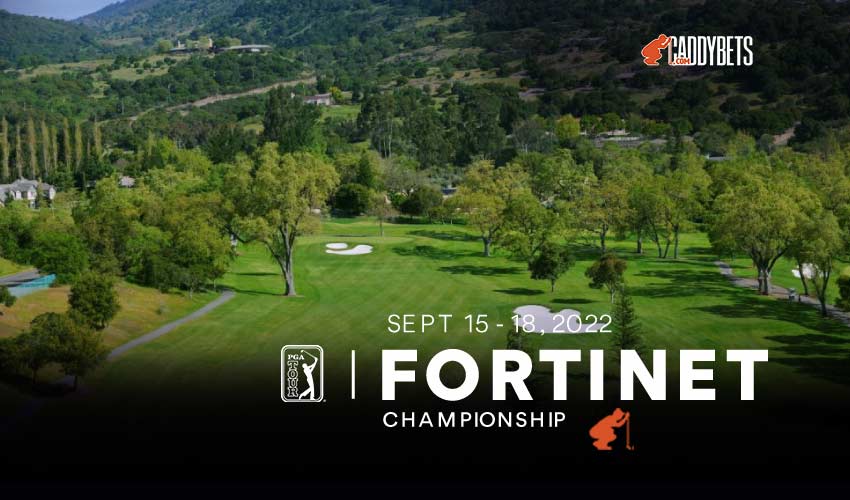 The shortest offseason in sports is over. Following a two-week break following Rory McIlroy’s FedEx Cup win at the Tour Championship, the standings are back to zero for the tee-off of the 2022-23 PGA Tour season at the 2022 Fortinet Championship in Napa, California.

This has been the season-opening event on the PGA Tour since 2013, but with the tour going back to a calendar-based format in 2024, how this event will fall into the schedule is yet to be seen.

The tournament bounced around Arizona and California since its inception in 2007 and has settled into the Silverado Country Club since 2015.

Max Homa, the 2021 champ, looks to become the second two-time winner of this event after Brendan Steele won back-to-back in 2016-17.

Homa of the U.S. and several members of the International team in next week’s Presidents Cup are playing in Napa, and most of them are among the favorites.

The North Course at Silverado opened in 1967 and was redesigned by Johnny Miller in 2010 after the hall of fame acquired the course. It’s a par 72 and measures 7,123 yards. The end of the course features plenty of birdie opportunities for golfers to be aggressive if they need to. The 16th and 18th are par 5s that are reachable in two with an excellent tee shot and approach. Sandwiched between them is a 375-yard par 4 that players can hit a wedge onto the green to set up a birdie putt.
Homa won here at -19, which was two shots away from the course record of 21-under set by Stewart Cink in 2020.

Can Homa Defend Against Favored Matsuyama?

Max Homa (+1500) sits behind Hideki Matsuyama (+1200) on the odds board going into this tournament. The two will also be dueling at Quail Hollow next week in the Presidents Cup. While Homa won here a year ago, Matsuyama shot a 66 in the final round and jumped up 26 spots to finish sixth.

The Japanese star, however, is still working his way back from an injury that forced him to withdraw from the 3M Open and skip the first round of the FedEx Cup playoffs. He still finished 11th at the Tour Championship, but with a marquee event next week, expect Matsuyama to treat this event as more of a tune-up than anything.

After missing the cut at The Open Championship, Homa played well in three-straight events and then came in fifth at the Tour Championship. Discounting the starting strokes, his 72-hole score was the third-best of the weekend, two shots behind winner Rory McIlroy. The only question for Homa, like Matsuyama, is whether he’s looking ahead to next week.

Corey Conners, the other golfer at +1500, is also on the International Team at the Presidents Cup. The Canadian didn’t play this event last year but made five-straight cuts prior to the Tour Championship. He was a disappointing 26th there but placed fifth the week before at the BMW Championship.

Maverick McNealy (+2000) finished a stroke behind Homa here last year, which was a solid homecoming for the Stanford graduate.

While the 26-year-old missed the Tour Championship, he finished strong with a 31st and 32nd at the two FedEx Cup playoff events and had two top-10s earlier in the summer at the John Deere Classic and Barracuda Championship.

Sahith Theegala (+2000) starts his second full season on the PGA Tour and was knocking on the door of a victory a few times in his rookie year. He was in contention a few times last fall, was fifth at the Memorial, and runner-up at the Travelers Championship. He also logged top-15s at the FedEx St. Jude and BMW to qualify for the Tour Championship, so expect his confidence to be high going into the new season.
Taylor Pendrith (+2500) is another Canadian who’s competing next week at the Presidents Cup. Since missing four months due to injury, he’s 6-for-6 with five finishes of 13th or better. Included in that run is a runner-up at the Rocket Mortgage Classic and an eighth at the BMW Championship. He finished 36th here last year, but he’s playing much better golf at the moment.

Emiliano Grillo (+3000) is flying under the radar a bit but is a former winner here (2015), and you might be surprised to know that he’s made nine of his last 11 cuts with two runner-up finishes in that span.
Brendan Steele (+3500) has the back-to-back wins here but has also been a constant at this event, making the cut all eight tries and logging an additional two top-25 finishes to go with the pair of wins.

Another golfer at +3500 worth a look is Justin Suh. He was last seen winning the Korn Ferry Tour Championship and season-long title, and he comes into his first season with a PGA Tour card by playing in a tournament close to his hometown of San Jose.

Brandon Wu (+13000) is also coming off a good rookie year, but it was more feast-or-famine. The highlights, however, were very high: a runner-up at the Mexico Open, third at the Puerto Rico Open, and sixth at the Genesis Scottish Open against a huge field. Getting a fresh start on season No. 2 plus playing near his alma mater of Stanford are both additional advantages.

Carl Yuan (+7000) is another new face on the PGA Tour after a successful season on the Korn Ferry Tour, notching a win and the regular-season points title. He had three top-5 finishes in his final seven starts, including a fifth two weeks ago at the KFT Championship.

We would pick Homa of the favorites, but we like McNealy, Theegala, and Pendrith better—and a little more value to boot. Rookie Suh is a solid pick, and the consistency of Steele provides great value too.
Here are the latest odds from JazzSports for the PGA Tour’s 2022 Fortinet Championship.

Sign up and make sure to stay tuned for the latest PGA Tour Golf Odds, golf news, PGA Tour Schedule dates, and more info on the 2022 Fortinet Championship.

Follow us on Social Media for instant Golf Odds updates and more!