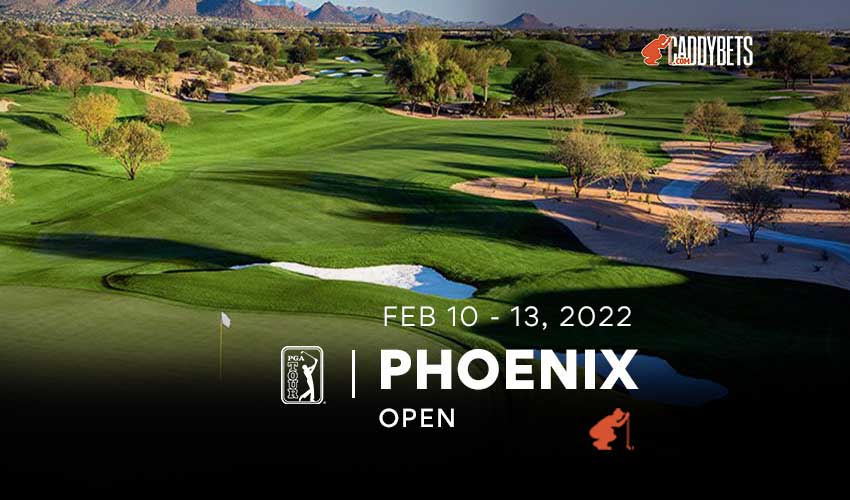 The WM Phoenix Open boasts probably the best field of the year so far in a PGA Tour event, and it will be contested in a special setting—the Stadium Course at TPC Scottsdale, which will have a full gallery of spectators that are known for being the most vocal and passionate in all of golf. Between the star-studded field and a packed house (over 200,000 fans attended round 3 of the 2016 event), the tournament should live up to its billing as “The Greatest Show on Grass.”

The tournament dates back to 1932 and has been played annually since 1944. Brooks Koepka is the defending champion and a two-time winner here. The tournament record of three wins is shared by Arnold Palmer, Gene Littler, Mark Calcavecchia, and Phil Mickelson.

The Stadium Course at TPC Scottsdale has hosted this event since 1987. It’s a par-71, 7,261-yard course that features a 16th hole that’s unique to the world to golf. The par-3 hole is completely surrounded by grandstands and luxury boxes, holding 16,000 fans at just the one hole.

Scoring conditions were ideal last year and things are expected to be similar this week with high temperatures in the 80s and no wind to note. Koepka won last year’s event at 19-under, which was the lowest score at the Stadium Course since it was renovated in 2015, with Xander Schauffele and Kyoung-Hoon Lee tied for runner-up at -18.

Rahm and Thomas Favored Ahead of Strong Trio

Hails from Spain but attended Arizona State University in nearby Tempe, so this is a homecoming of sorts for the world’s No. 1 ranked golfer. Jon Rahm hasn’t won this event before, but he’s about as consistent as you can get. He was fifth here as an amateur in 2015 and has placed between ninth and 16th in five events since. Of those six tournaments, he’s shot over par in one of 24 rounds, and that was a 1-over 72 in the final round of the 2019 edition. He also has two top-three finishes in three starts this year, including a third at the Farmers Insurance Open two weeks ago. While nothing is guaranteed, Rahm should at least be in contention in Sunday’s final round.

We are waiting for Justin Thomas to get back into the winner’s circle after finishing a mostly pedestrian 2021 season with a fourth-place finish at the Tour Championship. Since then, he has three top-five finishes in five starts this season, and he was in contention halfway through at Torrey Pines before back-to-back rounds over par sent him to a 20th-place finish there. Thomas has made his last four cuts at the WM Phoenix Open, finishing third twice in that span.

A trio of dangerous golfers are at +1500. Let’s start with Viktor Hovland, the hottest golfer in the world and now No. 3 in the Official World Golf Ranking. Hovland has won three of his last five starts (World Wide Technology Championship at Mayakoba, Hero World Challenge, and the Dubai Desert Classic on the DP World Tour). The only downside for the Norwegian is that he’s only played here once and missed the cut.

And is inexperienced here, as this will be his first time around TPC Scottsdale. But the defending FedEx Cup champion is in fine form. After finishing 2021 with back-to-back wins, he’s finished fourth twice and ninth once in three events in 2022. Much like Rahm, a solid finish is just about guaranteed at this point for Cantlay.

The FedEx Cup points leader with two wins this season, is the third at +1500. What may set Matsuyama apart from Hovland and Cantlay, however, is success in this tournament. The defending Masters champion has won here twice—2016 and ’17—and was second and fourth the two years prior to that. He hasn’t been as great recently though, as he was 42nd last year and didn’t crack the top 10 in 2019 or ’20.

Is coming off a runner-up finish at the AT&T Pebble Beach Pro-Am last week and settled for a fourth-place finish here last year after leading going into the final round. After a pair of 67s, Spieth shot at 61 on Saturday but a 72 on Sunday, so he’ll be looking for a more consistent outing this time around.

Xander Schauffele and Daniel Berger are also at +2000.

Berger didn’t play at Pebble Beach last week due to a back injury, so you might want to hold off on him this week until you see how he performs. Schauffele has finished in the top 20 here in all four of his tries, including a runner-up finish in 2021.

Has been pegged as a potential first-time winner on the PGA Tour, so could he be the third in a row after Luke List and Tom Hoge won the last two weeks? Scheffler had two top-four finishes in the fall and was also second in the Hero World Challenge. He finished seventh in this event last year.

Is one who enjoys playing in front of the crowd here, and it shows, as he won his first-ever PGA Tour event here in 2015 and again last year, by holing out an eagle on No. 17. But he missed the cut his last time out at Torrey Pines and doesn’t have a top-10 in a FedEx Cup event all season.

Is almost always in contention here, as he has five top 10s and seven top 20s in his last nine starts, including a win in 2020 and a playoff loss in 2017.

Are two golfers who are trying to parlay Saudi Arabia success back stateside. Watson hasn’t played in a FedEx Cup event since August, but he was runner-up in Saudi last week and has five top-five finishes here. Harold Varner III is likely to be popular among the crowd, as he had a jubilant celebration after sinking a 120-foot eagle putt to beat Watson last week. Varner loves competing and showing his emotions, so we’ll see if he can keep the good times going this weekend.

We hesitate to back such an overwhelming favorite, but it’s hard to shy away from Rahm here. You also can’t go wrong with any of the three at +1500, and we like Scheffler to be motivated after two longtime PGA Tour pros broke through and became first-time winners at Torrey Pines and Pebble Beach.

Join us to receive our daily Golf content and make sure to stay tuned for WM Phoenix Open updates, golf news, and PGA Tour schedule.