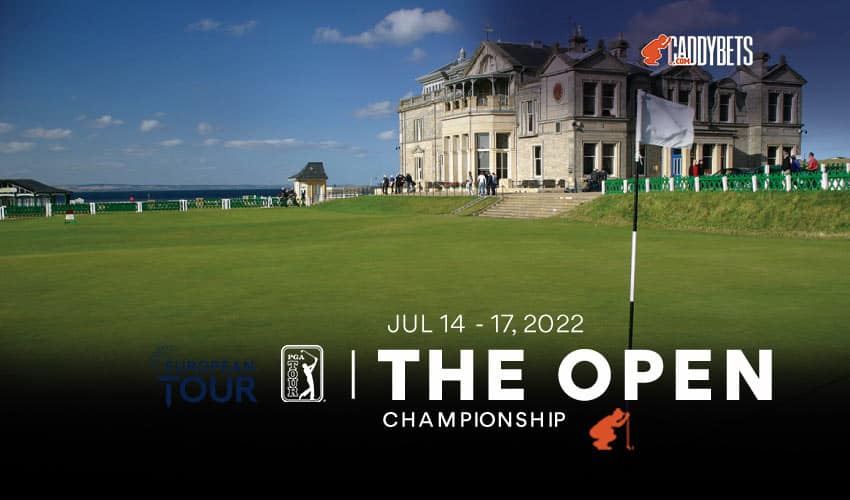 Tiger Woods skipped the U.S. Open in order to be ready for this tournament at what he calls his favorite course. Every other top golfer is here to try and make history, including Rory McIlroy looking for his second Claret Jug and first major title since 2014 and Xander Schauffele looking for his third-straight tournament win.

There have been 13 different champions of this event in the last 13 editions—since Padraig Harrington’s repeat in 2007-08. Woods (three-time winner) and Harrington are the only multiple-time Open Championship winners in the field.

Of the 150 Open Championships, this is the 30th to be held at the “Home of Golf.” The sport is been played on these grounds dates back to the 15th century. The current 18-hole layout came to be around 1863, and the first Open was held here in 1873. Golf’s biggest names in history have won here, including Woods, Bobby Jones, Sam Snead, Jack Nicklaus, Seve Ballesteros, and Nick Faldo. Zach Johnson won the last time the Open was held here in 2015.

The links course was lengthened slightly for this event, making the course measure in at 7,313 yards and par 72. Fourteen of the 18 holes are par 4, and there are 112 bunkers placed around the course.

Rory McIlroy (+1000) is the betting favorite and has done it all this year—except win a major. The native of Northern Ireland has two wins on the PGA Tour this season, was second at the Masters, fifth at the U.S. Open, and eighth at the PGA Championship.

He also led the latter two after the first round. McIlroy’s last major win came in this event at Royal Portrush in 2014, and he has three top-five finishes in the Open since. McIlroy also finished third at St. Andrews in 2010 despite shooting an 80 in the second round.

Xander Schauffele (+1400) is a popular pick after winning in his last two outings—the Travelers Championship three weeks ago and then the Genesis Scottish Open this past week.

It’s part of a stretch of three wins in his last seven tournaments after missing the cut at the Masters. Schauffele did have a week off after the Travelers, but he’s in the best form coming in, and that boded well for this year’s previous major winners, including Scottie Scheffler, who had won three of his previous five events before dominating at the Masters.

Jordan Spieth (+1300) is slightly favored ahead of Schauffele due to a better history in this event. Of his seven Open Championship appearances, he has a win (2017, Royal Birkdale), a runner-up (2021), and two other top-10 finishes. He wasn’t all that consistent at the Genesis Scottish Open last week but still fought for a 10th-place finish.

Scottie Scheffler and Jon Rahm are both at +1600. Scheffler, of course, has cooled off since that stretch of winning four out of six events, but he’s had two runner-up finishes since then (including at the U.S. Open) and was eighth in his debut at the Open last year. Rahm is motivated by joining late countryman Ballesteros as a Spaniard to win at St. Andrews. He struggled down the stretch to finish 55th last week, but he was third at Royal St. George’s last year.

Matt Fitzpatrick (+1700) took a couple of weeks off after his first major title (U.S. Open) and picked up where he left off, finishing sixth at the Genesis Scottish Open for his fifth top 10 in his last six events.

Will Zalatoris (+2000) has runner-up finishes in his last two majors and three already in his young career. The second-year pro, however, hasn’t yet played in an Open Championship and missed the cut last week at the Scottish Open.

Collin Morikawa is also at +2000 and is the defending champion. He has seven top-10 finishes in 15 events this year but hasn’t yet won as expected. He missed the cut last week but a fifth at the U.S. Open despite a 77 in the third round is a promising sign for a golfer who lives for the big moments.

If you’re looking for a LIV Golf pro to back, Dustin Johnson (+3000) and Louis Oosthuizen (+4500) are your best bets. Oosthuizen won here in 2010—his only PGA Tour win—but he also has a number of good finishes in this event. He was third last year after leading in each of the first three rounds, setting a 54-hole record in this event in the process.

Tommy Fleetwood (+3000) was fourth at the Scottish Open last week and was fifth at the PGA Championship in May, so that’s a good mix of major success and links prowess in recent weeks.

Finally, Tiger Woods sits at +5000. Not much else needs to be said about the two-time winner here. He started strong at the Masters and was decent at the PGA Championship, but he faltered as the events wore on as he still recovers from that leg injury suffered in a February 2021 car crash.

The last two Opens at St. Andrews saw longshot winners, but golfers towards the top of the odds board have won the majors this year. It’s hard to imagine McIlroy not being in contention here. We also like Fitzpatrick, Morikawa, and Patrick Cantlay, who was fourth in the Scottish Open last week and is ready to add a major title to his resume. We like Fleetwood and Oosthuizen as longshots.
Here are the latest odds from Jazz Sports for the 2022 Open Championship at St. Andrews.

Follow us on Social Media for the 2022 Open Championship & Official World Golf Ranking, and more!